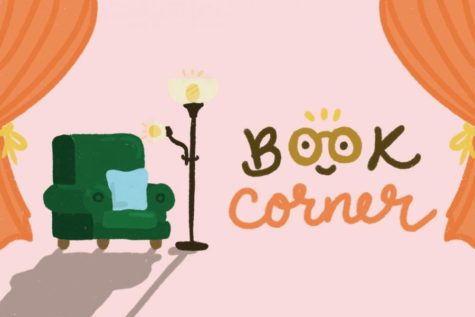 Akwaeke Emezi is a nonbinary Nigerian author best known for their debut novel “Freshwater,” as well as “Pet,” “The Death of Vivek Oji,” “Dear Senthuran: A Black Spirit Memoir” and upcoming novel “Bitter,” set to be released Feb. 15, 2022.

I’ve only read “Freshwater”, and it is a novel I will never forget. It tells the story of a Nigerian college student Ada and her experience being an ogbanje, an Igbo reincarnated spirit meant to cause grief and pain within a family. Told from the perspective of the warring spirits within her, this semi-autobiographical tale is a powerful read that holds nothing back. I cannot hype this book up enough.

The non-linear story structure of “Freshwater,” along with its seamless integration of the fantastical and reality, makes for a stunning, impactful, and unforgettable read. That being said, Ada goes through many incredibly painful experiences over the course of the novel, and as a result, “Freshwater” deals with sensitive topics sparing very little detail.

Trista Mateer is a bisexual poet from Maryland with multiple books out such as “The Dogs I Have Kissed,” winner of the Goodreads Choice Award in 2015 as well as, “Honeybee,” “Aphrodite Made Me Do It,” “When the Stars Wrote Back” and “girl, isolated: poems, notes on healing, etc.”

Her book, “Aphrodite Made Me Do It,” is a collection of poems formatted as an exchange between an unnamed poetic voice and the goddess of Aphrodite herself. Usually, I can’t stand poetry because its often hyper-condensed meanings stress me out. But, this dialogue between goddess and mortal lent such a beautiful perspective on the raw power of love, along with what it means to be in and experience love as a queer woman. However, “Aphrodite Made Me Do It” does include dark elements.

Alison Bechdel is something of a household name in the LGBTQ+ literature sphere. Author of the comic strip of “Dykes to Watch Out For” and creator of the well-known Bechdel Test, she contributed crucial works to the LGBTQ+ literary sphere in the 1990s and 2000s.

In 2006 she wrote and illustrated “Fun Home: A Family Tragicomic,” a memoir in the form of a graphic novel regarding her youth in Pennsylvania, her complex relationship with her closeted father and how this impacted her own journey towards discovering she was a lesbian.

Bechdel’s graphic novel has since been adapted to the stage in the Broadway musical “Fun Home” by Lisa Kron and Jeanine Tesori, which received numerous Tony Awards nominations in 2015 and won the Tony Award for Best Musical.

I’ve read the memoir and seen the musical and cannot articulate how blown away I was by both. Bechdel’s graphic novel offers such an intimate look on her life with equal parts humor and tragedy. Again, this graphic novel does contain sensitive topics.

Benjamin Alire Sáenz is a gay Mexican-American novelist and poet. He’s written a number of novels spanning across adult, young adult and children’s fiction as well as several books of poetry. Much of his work centers around the Latino experience in the U.S. and addiction, and in “Aristotle and Dante Discover The Secrets To The Universe,” the intersection of Mexican-American identity and queerness.

“Dante and Aristotle” is a young adult fiction novel that won the Stonewall Book Award for Children’s and Young Adult literature in 2013. It centers around the story of two Mexican-American teenagers, Dante and Ari, who befriend each other in El Paso, Texas during the summer of 1987. They quickly become friends through bonding over swimming and literature and over the course of the summer, the friendship turns into something more.

Admittedly, I haven’t read this book, but everyone and their mother has recommended it to me. Writing such a sweet ode to queer youth can be a challenge to do with respect and love, but Saenz seems to have done it and captured the hearts of his audience and community.

Abdi Nazemian is a gay Iranian-Amerian author and screenwriter. He worked as an associate producer for “Call Me By Your Name” as well as author to “The Walk-In Closet,” “The Authentics” and “Like A Love Story.”

“The Walk-In Closet” won the Lambda Award for Debut Fiction in 2015. It tells the story of Kara Walker and her friendship with Bobby Ebadi, a closeted gay Iranian-American man, and his sophisticated parents Leila and Hossein.

The Ebadis assume Kara is Ebadi’s girlfriend, and they both gladly play along until Kara’s 30th birthday. Pressures begin to rise for the two to get married, and Ebadi appears to be ready to give them what they want, but how far is Kara willing to go? And what else is Ebadi hiding?

Reviewers rave about how it is an “engrossing read” according to actress Busy Philipps and “a contemporary fable of love, loss, and redemption, set between cultures and between the sexes” according to Lila Azam Zanganeh, author of “The Enchanter: Nabokov and Happiness.”