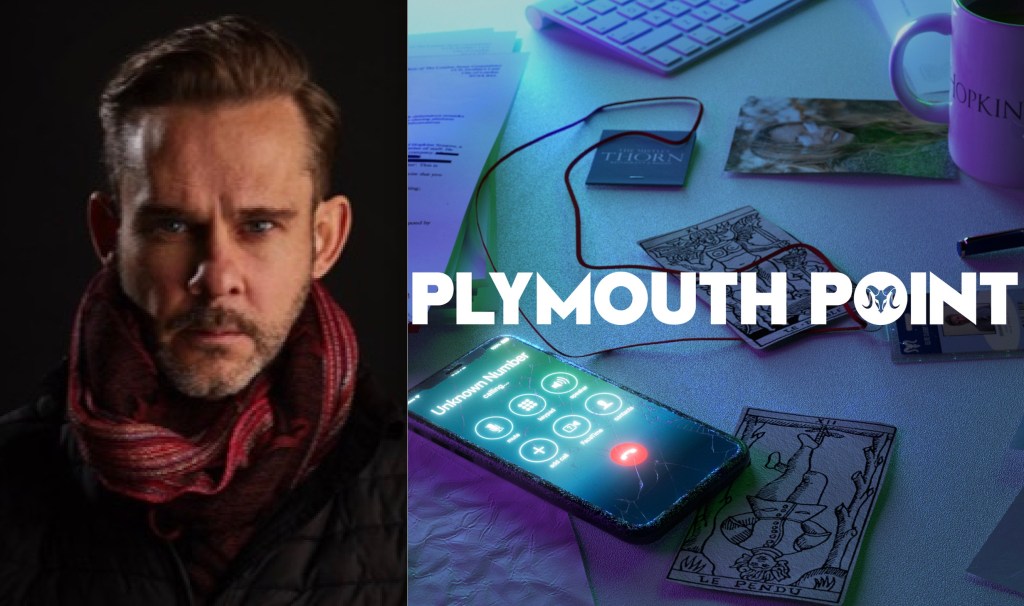 Designed as an at-home experience for a team of 2-6 people who are not physically together, Plymouth Point is set in “the dangerous underbelly of a suburban community” where a young woman has gone missing.

Watch a trailer for Plymouth Point below.

Online participants are invited to join an emergency Zoom meeting for a briefing before joining in the search for the missing woman and hunting for clues amidst “a web of conspiracies, cults and corporate deceit.” Players are instructed to scour social media for clues, crack codes to break into secure websites, and discover secret passwords to solve the mystery, all in 60-75 minutes.

Monaghan, The Lord of the Rings actor who reteamed with his Lost boss JJ Abrams on 2019’s Star Wars: The Rise of Skywalker, joins Plymouth Point – the first of the three-part London Stone Trilogy devised and directed by Clem Garritty and Ollie Jones – in a secret role that can only be discovered by following a trail of clues “to reveal the chilling story at the heart of the trilogy.”

“The London Stone Trilogy captures everything that’s exciting about working in the digital space as an actor,” Monaghan said in a statement. “I’m always keen to push the boundaries of storytelling, and Swamp Motel has done just that by creating a story that’s told entirely through exploring the digital environment. As someone driven by how technology and virtual reality can enhance how we interact with our environments, I’m thrilled to bring this interactive digital story to audiences.”

Monaghan’s other credits include the Emmy-nominated travel show Wild Things, which he hosts and produces, available for streaming on the Travel Channel and BBC America.

Monaghan is repped by Buchwald and attorney Ashley Nissenberg.