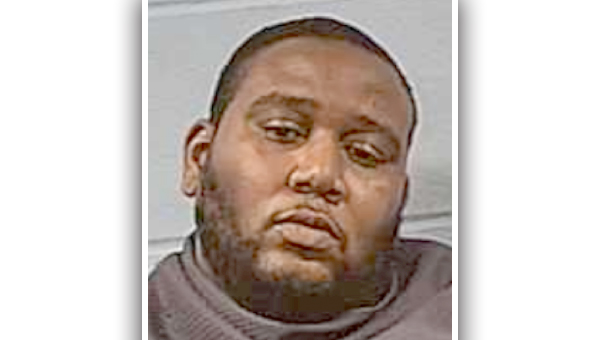 A traffic stop early Monday has led to the arrest of a Vicksburg man, who now faces a charge of marijuana possession.

Dejuan Henderson, 33, of Vicksburg, was arrested following a traffic stop on Clay Street at 3:47 a.m. Monday.

During the stop, Henderson was found to have approximately three ounces of marijuana inside his vehicle.

Henderson was charged with one count of possession of marijuana and received a $30,000 bond during his initial hearing in Vicksburg Municipal Court where he appeared before Judge Angela Carpenter.

• On Friday, at 4:26 p.m., officers responded to an address on North Locust Street in reference to shots fired. The complainant reported an unknown juvenile shot into his Ford F-250 through the back window. A bullet fragment was recovered from the back seat of the vehicle.

• On Saturday, at 12:25 p.m., officers responded to Wingstop, 2310 Iowa Boulevard, in reference to a burglary. The victim reported someone went into his 2008 Chevrolet Impala and stole $300 and a Samsung Galaxy X5 cellphone from the center console. The vehicle had been left unlocked.