A state commission on police reform last year unveiled widespread inconsistency in what data New Hampshire police collect, on whom and in what circumstances.

Members of the Commission on Law Enforcement Accountability, Community and Transparency emphasized the need for more standardized, transparent record keeping of police interactions at all levels — including race and gender data for arrests, stops and citations.

But a little-known site maintained by the New Hampshire Department of Safety already makes demographic data for arrests and other crime statistics available to the public.

The state Department of Safety collects and publishes information from law enforcement agencies each year as part of a national crime data reporting program run by FBI. The site, maintained by the Justice Information Bureau’s Uniform Crime Reporting unit, allows users to sort through the data, perform basic number-crunching and analysis, and create tables and charts, among other features.

The site contains data from law enforcement agencies across the state, showing what kinds of crimes have been committed when and where, as well as limited demographic information on arrestees, victims and offenders. This data, along with information from all other participating police agencies around the country, is submitted to the FBI each year for publication.

Members of the police reform commission were told no statewide crime database exists, and one of its top recommendations was the creation of a system to collect and track such data. The state crime stats website doesn’t capture demographic for all police interactions, but it shows arrests from both statewide, and agency-level police data. The data indicates that, overall, New Hampshire police disproportionately arrest Black and Hispanic people compared to their racial demographics.

Program Manager Karen Lamb, who has worked in the unit for over 35 years, said the site was created to make crime statistics easily accessible to the public. Its beginning dates back to 2009, when Lamb noticed Vermont had partnered with a company called Beyond 20/20 to host its crime data online.

“I thought it would be a great addition to the program so we can get the stats out to the public,” she said.

With the help of a grant from the Department of Justice for $108,000, the unit hired the same vendor to create a similar website for New Hampshire. It went live in 2012.

The state crime site isn’t that easy to find. It’s linked in a deep layer of the Department of Safety’s website — the bottom of the webpage for the Justice Information Bureau’s Criminal Records Unit.

The site offers the kind of utilitarian design characteristic of most statistical databases. The main page features a list of several pre-made data summary reports on subjects including statewide and county-level crime stats, as well as arrest, victim and offender data.

Users can manually create and save their own data reports, which can be downloaded for use elsewhere. Lamb said she also takes requests for reports, which she either makes herself or contacts the vendor to create.

While it’s unclear how many people know about the website, it’s received little public attention. In multiple LEACT meetings, commission members inquired whether arrest data was public, but the site was never directly mentioned. It was, however, included on one slide of a presentation given to the commission by Assistant Commissioner of Safety Richard Bailey. The Department of Safety’s public information office did not respond to requests for an interview with Bailey for this story.

Based on the commission’s meetings, multiple news outlets across the state, including the Monitor, reported that state police departments do not collect or publish demographic data for arrests.

Lamb said she doesn’t have access to web traffic data, so she doesn’t know how many people regularly visit the website.

She said she often refers people to the site who contact her office looking for information. Most are from the law enforcement community, but she’s also gotten calls from researchers and students.

“Anyone I can, I want to know it’s there so they can use it,” Lamb said.

While each spring New Hampshire’s crime data is sent to the FBI, it usually does not appear online until several months later. Once published, however, the stats are kept up-to-date — available data is updated every night.

Understanding what data is available on the website requires a basic familiarity with the FBI’s National Incident-Based Reporting System, which tells law enforcement agencies what crime data to send to the FBI and how to classify it.

The system separates crimes into two broad groups, Group A offenses and Group B offenses. Group A comprises 52 acts, from violent crime, to drug and narcotic violations and theft. Group B offenses number just 10 and include lesser crimes like DUIs, passing bad checks and trespassing.

Arrestee demographics — race, gender, ethnicity, age and resident status — are collected for all Group A and Group B offenses. For Group A offenses, demographics on victims and known offenders are also recorded.

According to the website, 56,963 total offenses were reported in New Hampshire in 2019.

Of those arrested that year, 92.7% were white, 5.4% were Black, .7% were Asian and 5.1% were Hispanic or Latino. Less than .1% of arrestees were Native American or Native Hawaiian/Pacific Islander. Race was listed as unknown for about 1% of arrests, and ethnicity unknown for about 4%. Gender was approximately 70% male and 30% female.

A quick comparison to state demographic data shows Black and Hispanic individuals were arrested at higher rates compared to the percentage of their racial groups in the Granite State. About 2% of New Hampshire’s population is Black, and about 4% is Hispanic, according to U.S. Census data.

The sites’s department-level arrest statistics from the same year show how this disparity varies from city to city:

The FBI cautions against using the statistics as a one-to-one comparison of crime levels between cities, citing the myriad variables that affect criminal activity and different procedures police departments use to investigate.

How well the data captures crime trends depends on how well each agency follows the reporting standards. It also, of course, depends on how many agencies submit data.

In New Hampshire, the large majority do. Since 2016, law enforcement agencies have been legally required to report crime data. But so far, there is no penalty for those who don’t — as a result, a small number remain elusive. Of 208 police departments in the state, 20 did not report data in 2019, according to participation statistics published by the FBI.

Recognizing the data gap, the LEACT commission called on the state to enforce the reporting law.

“With the LEACT commission, it actually puts a lot more pressure on these other agencies to submit,” Parker said.

Gov. Chris Sununu established the Commission on Law Enforcement Accountability, Community and Transparency in June, after the killing of George Floyd by a Minneapolis officer and nationwide protests against police brutality called on states to enact law enforcement reforms.

The commission was tasked with reviewing police training, data collection, community relations and the reporting and investigation of police misconduct. Among the commission’s final recommendations, which were endorsed by Sununu, was a requirement for law enforcement agencies to collect and publish race and gender demographic data for all police stops, citations and arrests.

An omnibus bill heard by the Senate Judiciary Committee earlier this month, SB 96, aims to turn that recommendation, among several others, into state law. If passed, it would help draw back the curtain on how New Hampshire police treat different demographic groups.

Because the the state’s crime website was created to host uniform data, it only features a slice of what the commission recommended the state collect and make public — arrest demographics.

While this data can reveal disparities in policing — including evidence of racial bias and other kinds of prejudice — it does not capture other, more common scenarios where arrests aren’t made, like traffic stops. Without more data on how law enforcement agencies interact with their communities, the extent of these disparities remains invisible in new Hampshire.

Should the upcoming legislation pass, the question remains of how this new data will be made public. While the existing state crime site offers one potential blueprint, it couldn’t be a home for the statistics, Parker said. Since the site is dedicated to uniform crime statistics, it cannot host other kinds of data.

Lamb said new changes will be coming to the crime stats site later this year. Her unit was recently awarded federal funding to update the website’s interface and add several additional features.

“Themed” reports for select offenses will provide overviews of crime trends with statistical summaries and interactive visuals like charts and graphs. The update will also add a data dictionary that will help explain the reports, and Lamb will have access to web traffic data.

Lamb and Parker said they hope the updates will make the site more accessible to the public.

“It does take some time to find the funds to do these things, but it should be much easier to use and much more user-friendly,” Parker said.

If you’re starting a New Hampshire single-owner business and you decide to hire a lawyer to assist you, here are the six questions you should ask… 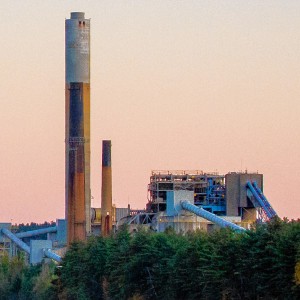 The coal-fired power plant in Bow has won another year’s funding from a program designed to guarantee future electricity supplies.The two units at… 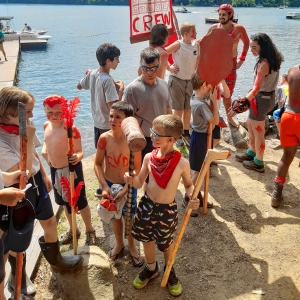 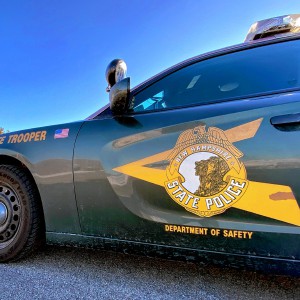 A state commission on police reform last year unveiled widespread inconsistency in what data New Hampshire police collect, on whom and in what…


Darknet – Dark Web – OnionDir- How to access the dark web?