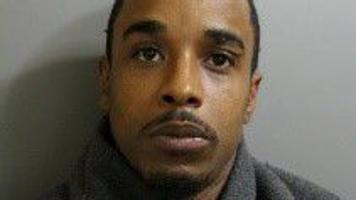 The Iowa Department of Criminal Investigation and the Clinton Police Department are looking for two men of interest who may have been involved in a violent crime Wednesday.

Authorities are searching for Ja’Kwane O’Brian Polidore, 26, and Khalil Pugh, 29, both of Clinton.

According to a news released Friday by Special Agent in Charge Richard Rahn of the Iowa Department of Public Safety, at 10:20 a.m. Wednesday, Clinton Police were dispatched to the Gateway Apartments in the 800 block of Gateway Avenue to investigate a report of suspicious activity.

Officers discovered evidence that a violent crime may have been committed in apartment 12 of building 847.

Authorities have not said what type of violent crime possibly occurred at the apartment.