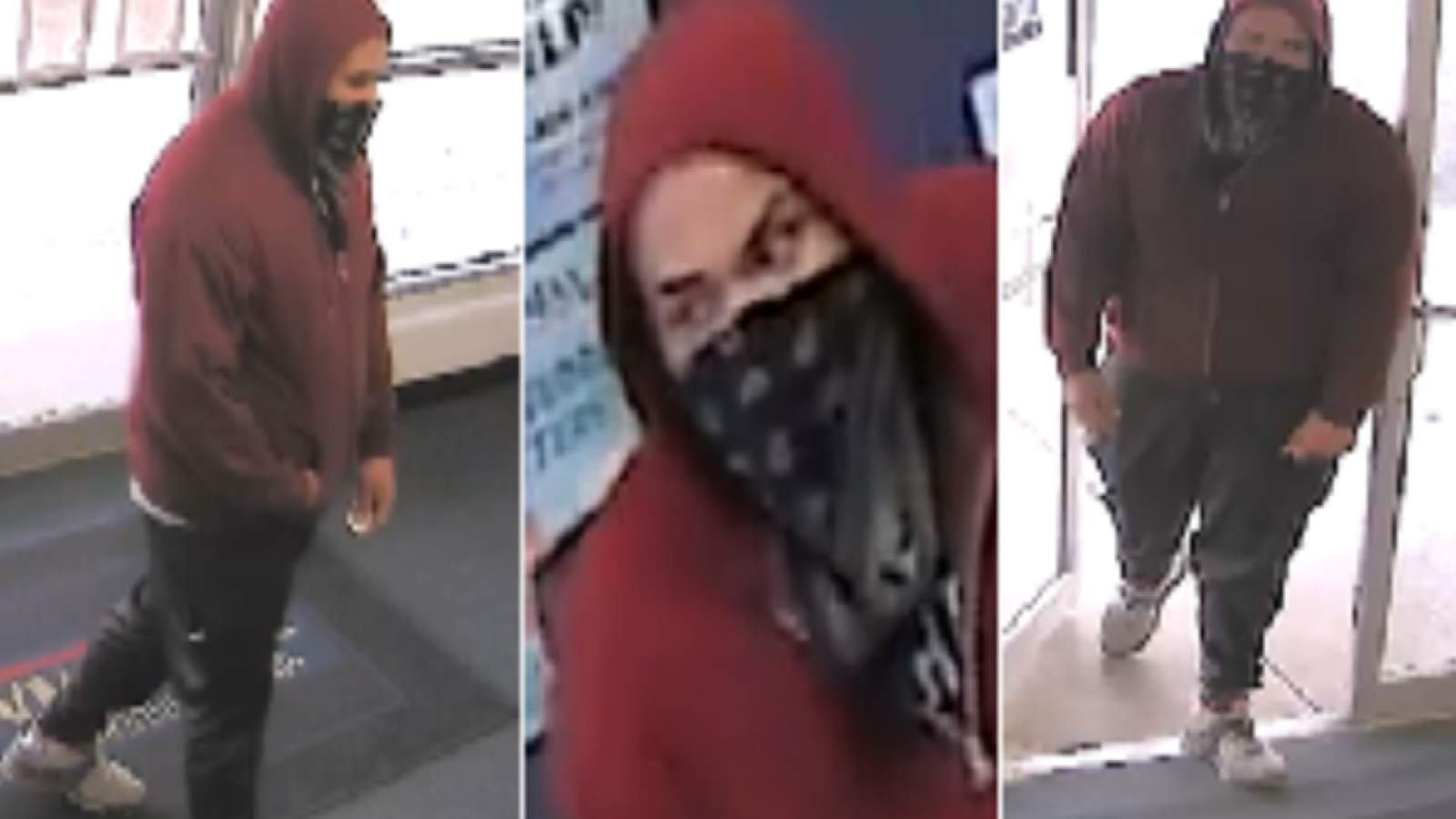 SAN ANTONIO – San Antonio police and Crime Stoppers are looking for the person responsible for the robbery of an East Side lending company.

The incident occurred Dec. 7 at a Title Max in the 630 block of S. W.W. White Road, not far from East Houston Street.

According to police, a man wearing a hoodie and bandana face covering entered the store and demanded money.

Police said following the robbery the man fled on foot. Police quickly made the scene, however, the suspect was not found.

Anyone with any knowledge of the incident is urged to call Crime Stoppers at (210) 224-STOP.

Tips can also be texted to CRIMES (274637) or by visiting the Crime Stoppers website.

Crime Stoppers will pay up to $5,000 for information that leads to an arrest.