Corona-free? How disinformation could be clouding the true pandemic picture in Africa – Bulletin of the Atomic Scientists 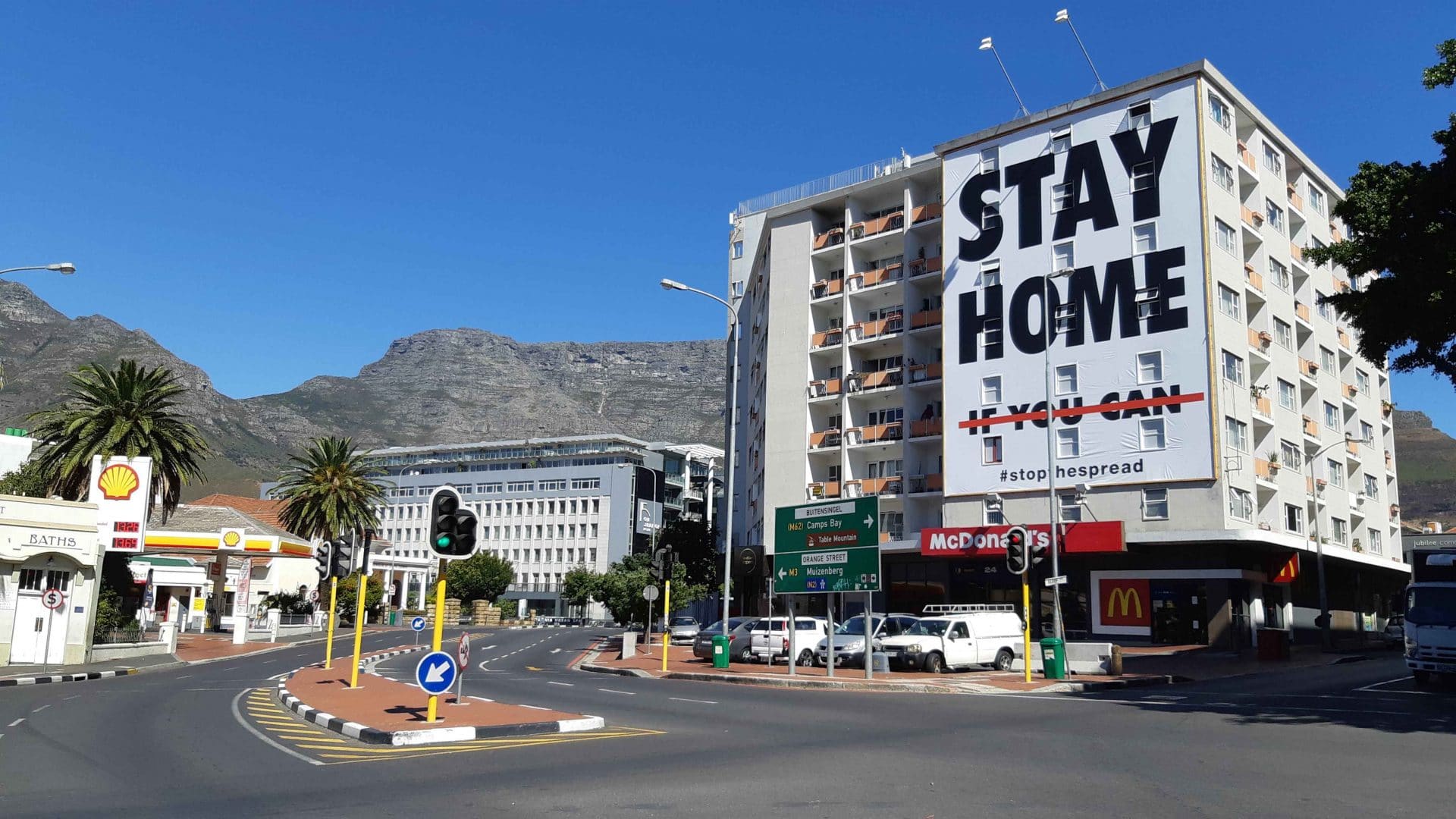 Of the roughly 28.6 million cases of COVID-19 logged by the World Health Organization, only 1.1 million are in Africa, 4 percent of the global total. The relatively low number of cases, along with a similarly low figure for coronavirus deaths, has researchers stumped. But despite the coronavirus’s relatively light touch so far, the continent faces a problem familiar throughout the world: pandemic misinformation.

In a database that we maintain as part of a Princeton University project on COVID-19 misinformation narratives, a record of the false pandemic storylines that are repeated in social media posts, news stories, and political rhetoric, the number of false narratives circulating in Africa peaked in April before declining in subsequent months. This has happened even as the number of infections on the continent has increased. The lies include that a “Bill Gates” coronavirus vaccine is laced with poison, that the 2021 Kenyan presidential election could be delayed for two years, and that prayer can cure COVID-19.

In some cases, a lack of epidemiological data or misinformation may be obscuring the true impacts of the pandemic. Tanzania’s reported COVID-19 cases have held steady at 509 since May 8, the last time Johns Hopkins University recorded any new cases in the country. The country’s smaller neighbor to the north, Kenya, meanwhile, has reported a total of over 36,000 cases so far, according to the university’s dashboard. But there are strong reasons to doubt Tanzania’s success in keeping the pandemic at bay. Under President John Magufuli, Tanzania stopped sending COVID-19 case information to the World Health Organization in the spring, according to The New York Times. In a speech earlier in the summer, Magufuli proclaimed Tanzania to be “corona-free,” an assertion that the country’s prime minister subsequently disputed. Meanwhile, fake articles have circulated highlighting the World Bank’s supposed praise for Tanzania’s pandemic response.

For some countries in the region, health-related misinformation is nothing new. In the Democratic Republic of Congo (DRC), for example, fake news swirled around efforts to fight the Ebola epidemic in 2018. Then, DRC politicians claimed that Ebola was manufactured to wipe out certain populations, and false social media stories bred distrust of medical workers. We’ve seen similar storylines crop up about COVID-19. In Nigeria, authorities have been preparing to deal with misinformation since the beginning of the pandemic. They’re hoping to avoid a repeat of a what happened during the 2014 Ebola outbreak. That year, numerous people were hospitalized or died after trying fake remedies like salt baths.

Some African governments have cracked down on COVID-19 misinformation through fines and jail time. Kenyans face two years in jail and a $50,000 fine for spreading fake information. A man in Mauritius was arrested for claiming that riots followed the announcement of lockdown measures. So were South Africans who said that the virus was intentionally spread by foreigners. The clamp down on misinformation has ensnared reporters, as well, raising questions about press freedoms in Nigeria, Niger, Ghana, and Sierra Leone.

In spite of government efforts to fight misinformation, our database of false narratives includes nearly 400 stories that have circulated in sub-Saharan Africa since late January. The vast majority of these originated with individual actors on social media. However, various African politicians have also played a role in propagating misinformation.

In Kenya, Nairobi Governor Mike Sonko included bottles of cognac in food donations, citing fake World Health Organization research showing that alcohol offered protection against COVID-19. Sonko’s social media pages also shared fake stories about the pandemic, including one about an empty church in Italy where many congregants had supposedly been lost to COVID-19 as well as one about the coronavirus dead being dumped into the sea. A South African political party asked President Cyril Ramaphosa to address false conspiracy theories, including a complex one about the president allegedly discussing vaccine pilot projects in Africa with Bill Gates and television host Trevor Noah. Government officials in South Sudan began wearing “virus removal cards”—clip-on tags containing internal fans and disinfectant. The cards are banned in places like the United States, according to the AFP wire service, and scientists say they are not only ineffective in combating COVID-19 but potentially even hazardous to respiratory health.

Facebook was the most commonly reported medium for disseminating misinformation, used in 345 of our recorded cases. WhatsApp, a messaging program owned by Facebook, is also a significant source of fake stories in Africa, and false claims are often harder to detect on that encrypted platform.

Whatever the reason, misconceptions about COVID-19 abound. Polling from April found that 28 percent of Nigerians said they were immune to COVID-19, citing reasons such as religion, preventative measures, or myths about the immunity of Black people.

In the majority of months since the pandemic began, the most common misinformation narratives we’ve come across have focused on the emergency responses taken by countries to fight COVID-19. Some of these stories sought to instill fear and distrust in the government, including false claims about how the South African military was enforcing lockdown measures or that Kenyan police were brutalizing those who violated curfew. Others were even more outlandish, like the false claims that both Uganda and Kenya were banning sex in an effort to curb the spread of the virus. In the early months of the pandemic, as COVID-19 spread to countries around the world, stories misreported on alleged “patient zeros” in countries like Ethiopia, Nigeria, and Zimbabwe.

Relative to all other regions, profit-driven misinformation was prevalent in sub-Saharan Africa, representing about 9 percent of the cases we recorded, compared to 3.7 percent in the rest of the world. In May, for instance, a Facebook page claimed that Kenya’s first lady was giving away COVID-19 funds in return for small initial payments. Other posts claimed to provide applications for government jobs or grants.

Another noteworthy trend: the latent conflict between Africa and the West. Viral posts frequently claimed that Lesotho, Tanzania, or other African countries had beat the United States in discovering a vaccine or cure for COVID-19, with the most popular posts involving Madagascar’s Covid-Organics drink. The country’s president, Andry Rajoelina, unveiled the herbal remedy, derived from the artemisia plant, in April, saying that two people had already been cured. Subsequent misinformation included claims that the World Health Organization tried to bribe Rajoelina to poison Covid-Organics and that the Africa Centres for Disease Control and Prevention or Russian President Vladimir Putin had endorsed an artemisia remedy.

Other posts were blatantly vitriolic towards institutions like the World Health Organization and the Bill & Melinda Gates Foundation. Many stories amplified the idea that Africans would be guinea pigs for Western medicine, with one widely circulated post claiming, falsely, that seven children died in Senegal as a result of a vaccine trial. Fearmongering conspiracies claimed that vaccines were making Africans infertile, that vaccines contained “5G microchip implants,” or that Gates was actually involved in a depopulation effort.

Country-specific misinformation narratives sometimes played into political, racial, or religious tensions. For instance, Facebook posts claimed that COVID-19 patients in Nigeria’s predominantly Muslim Kano state were released from isolation centers to celebrate the Eid-al-Fitr holiday. Ugandan police were falsely accused of targeting officials of the  People Power resistance movement for having more guests than permitted at a wedding. False stories in South Africa claimed both white and Black communities were being discriminated against, likely exacerbating racial tensions.

Since April, the number of new COVID-19 misinformation narratives that we’ve observed in sub-Saharan Africa has steadily declined. And contrary to early fears, the region—with notable exceptions like South Africa–has remained relatively unscathed by the pandemic. That’s the good news. Still, fake stories from August and September continue to circulate, some promoting fake cures and others claiming the virus has passed.

But the pandemic isn’t over. Not by a long shot. COVID-19 could still cause considerable damage and death in Africa.  Misinformation—if it stifles public health efforts or future vaccination campaigns—could exacerbate the coronavirus’s toll.

Editor’s note: This is the fifth installment in a series by researchers working with Princeton University’s Empirical Studies of Conflict’s COVID-19 disinformation project. Led by professor Jacob Shapiro and Samikshya Siwakoti—a research specialist for the conflict studies project—students at Princeton and other universities are cataloguing the various false narratives cropping up online about the COVID-19 pandemic. Readers can see the team’s disinformation spreadsheet here.

Man dies after attack in El Cerrito, outside of Corona – Press-Enterprise