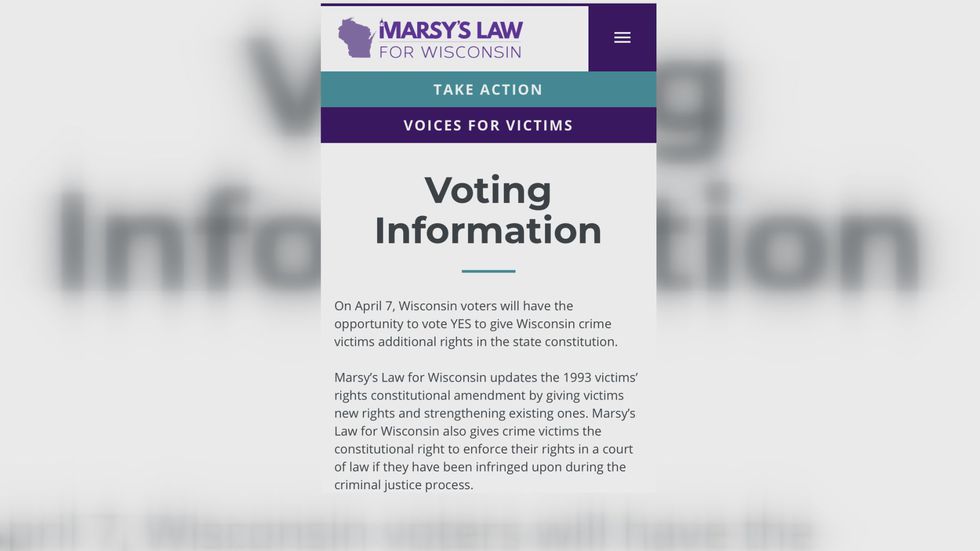 EAU CLAIRE, Wis. (WEAU) -This week marks the one year anniversary of a statewide vote on a crime victims’ rights amendment.

This amendment, most commonly known as Marsy’s Law adds rights for crime victims including the right to be treated with fairness and respect for their privacy and dignity, timely notice of release or escape of the accused, full restitution from the accused and notification of all proceedings of a criminal case upon request, and more.

Representative Todd Novak was the assembly author of the bill and says the bill was emotional from start to finish.

“We had rooms full of people trying to pull this together and to get it past both houses and two successive sessions to get on the ballot is not easy. There were so many victims that had to come and testify over and over and relive what they had went through.”