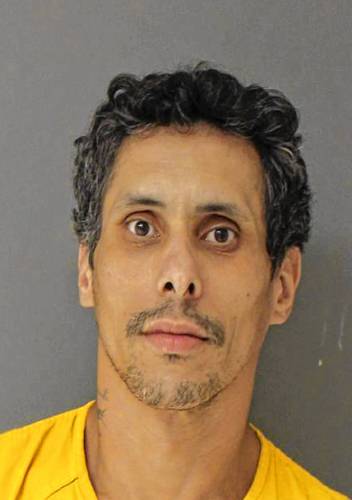 The 40-year-old man who was added to the Massachusetts State Police’s list of most-wanted fugitives last month on charges related to an alleged sexual assault in Deerfield nearly a year ago was captured Wednesday morning after a Florida hotel clerk recognized him from a poster released by the State Police’s Violent Fugitive Apprehension Section.

Deputies with the Osceola County Sheriff’s Office responded to the Travelodge Suites by Wyndham Kissimmee Orange after the lodging facility notified them that Jeffrey Cancel-Muniz was a guest there, according to Massachusetts State Police spokesperson David Procopio.

Cancel-Muniz is a Level 3 sex offender wanted by the Deerfield Police Department on charges of aggravated rape causing serious bodily injury, rape, kidnapping and strangulation. The charges relate to a sexual assault that reportedly occurred in May 2020. A native of Puerto Rico with ties throughout western Massachusetts, Cancel-Muniz reportedly has been the subject of 11 civil restraining orders in Massachusetts and has multiple convictions for violating protection orders.

According to Procopio, troopers assigned to the Violent Fugitive Apprehension Section determined Cancel-Muniz had fled the state and followed up on several leads from across the country. On April 2, the troopers received a tip to their hotline (1-800-KAPTURE) that Cancel-Muniz might be in Kissimmee, Florida.

Based on that tip, troopers and the U.S. Marshals Service worked to determine a specific location in Kissimmee. While that investigation was ongoing, the Travelodge Suites desk clerk had an issue with Cancel-Muniz, a guest at the hotel, and subsequently searched his name online. According to Procopio, the hotel notified the authorities after internet search results included the Violent Fugitive Apprehension Section’s “Wanted” poster and other information about Cancel-Muniz that had been provided to news media outlets.

Deputies responded to the hotel just after midnight, verified the warrants against Cancel-Muniz, and arrested him as a fugitive from justice, according to Procopio.

Cancel-Muniz is currently being held. A virtual appearance in a Florida court is expected Thursday, and Massachusetts authorities will arrange for Cancel-Muniz to be sent here to answer to the Deerfield charges. The “Most Wanted” list can be viewed at bit.ly/2PZL48O.