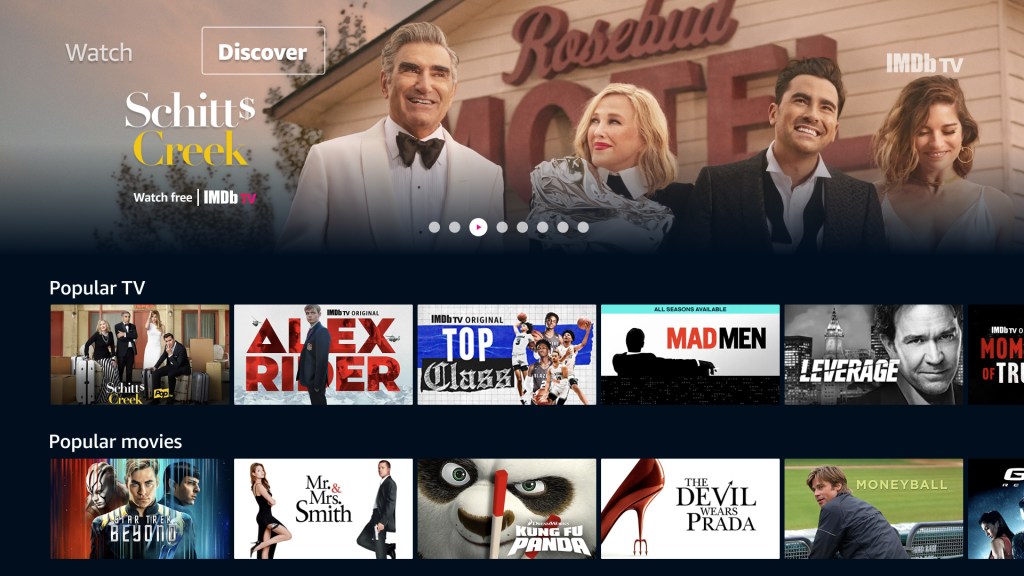 IMDb TV, Amazon’s free-streaming video service, has ratcheted up its spending on original content — and more broadly, the e-commerce giant is trying to make the case to Madison Avenue that it has amassed a huge audience for ad-supported video content.

At Amazon’s first NewFronts presentation for advertisers Monday, IMDb TV announced unscripted series with country star Luke Bryan and famed interior designer Jeff Lewis (“Flipping Out”). In addition, IMDb TV has ordered “On Call,” a new half-hour drama from prolific producer Dick Wolf and Wolf Entertainment, Universal Television and ATTN:, following a pair of police officers on patrol in Long Beach, Calif., with each episode tracking the duo as they respond to a new radio call, arriving on the scene to resolve an incident.

Those will join a growing slate of originals at IMDb TV, the two-year-old AVOD service that competes with the likes of the Roku Channel, Fox’s Tubi, NBCU’s Peacock and ViacomCBS’s Pluto TV.

Overall, the company said, Amazon’s over-the-top video services now reach over more than 120 million monthly viewers of ad-supported OTT content. In addition to IMDb TV, that number includes Twitch, the game-centric live-streaming service; live sports like the NFL’s “Thursday Night Football” on Prime Video (whose exclusive rights to the games will kick in starting with the 2022 season, one year earlier than previously announced); third-party network and broadcaster apps; and Amazon’s News app.

IMDb TV has experienced a 138% increase in viewership year over year, although execs aren’t revealing more specific metrics. According to Amazon, 62% of IMDb TV viewers are 18-49 and they spend 5.5 hours per week on average on the free streaming service. During the presentation, IMDb TV announced that it will continue expanding the distribution of its standalone app by launching this summer on iOS and Android devices.

“We are trying to build a modern broadcast network,” said Lauren Anderson, who is IMDb TV’s co-head of content and programming with Ryan Pirozzi. “We are being daypart-agnostic. We’re looking at what people are fans of and bringing that to streaming.”

And IMDb TV has ordered a second season of “Top Class: The Life and Times of the Sierra Canyon Trailblazers,” the original docuseries from LeBron James and Maverick Carter’s Uninterrupted, following a new mecca of high school athletics just outside of Los Angeles.

The forthcoming “Luke Bryan: My Dirt Road Diary” series will follow the multiplatinum country music superstar as he experiences triumphs and tragedies along the road to success using original home videos and interviews. The five-part docuseries from director Michael Monaco is set to premiere this summer on IMDb TV. Luke Bryan and Kerri Edwards serve as executive producers in association with Endeavor Content.

The untitled Jeff Lewis series for IMDb TV will showcase his home design aesthetic and celebrity clientele. In each episode, Lewis is put to the test balancing high-maintenance celebs and ambitious home design projects while juggling his staff and personal life. The series is executive produced by Jeff Lewis, Allison Grodner and Rich Meehan in association with Fly on the Wall Entertainment; Billy Taylor serves as the series showrunner.

Meanwhile, IMDb TV is bringing out “Bug Out,” a true-crime docuseries about the theft of $50,000 worth of rare live insects from a bug zoo in Philadelphia and the cast of bug-runners, dealers and collectors involved in the bizarre crime. From The Cinemart, “Bug Out” is executive produced by Jenner Furst, Julia Willoughby Nason and Michael Gasparro; directed by Ben Feldman.

Other IMDB TV upcoming series include a spinoff of Amazon Studios’ “Bosch”; the second season of “Alex Rider”; the comedy series “Sprung” from Greg Garcia; and an untitled Judge Judy Sheindlin show.

IMDb TV — originally launched in January 2019 as “Freedive” — is Amazon’s free streaming video service with thousands of movies and TV shows. Those include licensed titles like “Schitt’s Creek,” “Lost,” “Mad Men,” “Chicago Fire,” “Columbo, “Murder She Wrote,” and “Little House on the Prairie.” The company touts IMDb TV as having half the ads of traditional linear TV.