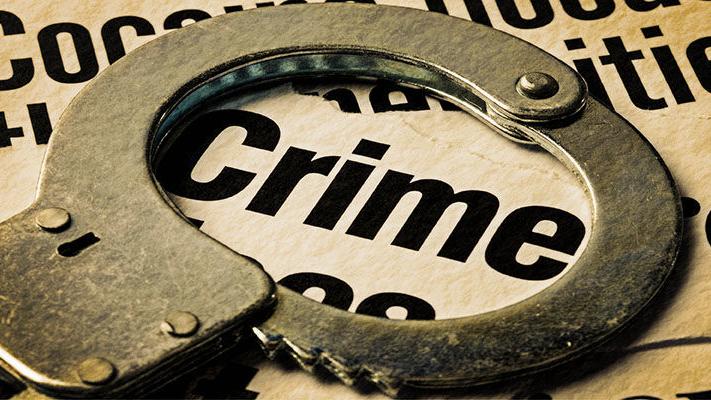 The following people were booked into the Lee County-Tupelo Adult Jail in connection with felony charges ending Monday at 11 a.m.

Conterrence Beene, 25, no address given, was arrested by the Lee County Sheriff’s Office, grand larceny.

Scott Corley, 34, no address given, was arrested by the Lee County Sheriff’s Office, two counts of home repair fraud.

Malcolm Crump, 29, no address given, was arrested by the Lee County Sheriff’s Office, grand larceny.

Juan Garza, 19, of Verona, was arrested by the Tupelo Police Department, sexual battery.

Ieshia Listenbee, 30, of Verona, was arrested by the Lee County Sheriff’s Office, possession of methamphetamine grater than 10 grams.

Preston Stokes, 50, no address given, was arrested by the Lee County Sheriff’s Office, shoplifting-third offense, burglary of a dwelling.

Ashley Thompson, 50, no address given, was arrested by the Tupelo Police Department, possession of methamphetamine.

Christopher Thrasher, 45, no address given, was arrested by the Saltillo Police Department, aggravated assault and burglary of an auto.

Kenneth Warren, 35, no address given, was arrested by the Lee County Sheriff’s Office, felony fleeing, possession of methamphetamine, violation of probation.

Ronald Wilson, 50, no address given, was arrested by the Lee County Sheriff’s Office, shoplifting-third offense.

The following reports were filed Monday by the Lee County Sheriff’s Office.

A County Road 506 Shannon man said his neighbor’s horses were in his yard. He said the two horses have been running loose for a couple of days. The responding deputy did not see any loose horses. Instead, he found the horses inside a pen at the neighbor’s place. The neighbor said the horses had not been out of the pen.

A North Lee Water employee said a County Road 885 Saltillo resident had been stealing utilities. He said the water was cut off for nonpayment of a bill. Someone cut the barrel lock off the meter. So they put a chain and padlock on the meter. Less than a week later, the chain was cut and water restored illegally. He said more than 2,500 gallons of water were used.

A Mt. Vernon Road woman said there was a suspicious truck parked in her driveway. By the time a deputy arrived, she had figured out whose truck it was and said she no longer needed assistance.

A County Road 2254 Saltillo woman awoke to discover the car she was renting had vanished. Her purse was also missing, along with her ID and $230 in cash.

A County Road 468 Shannon man said his new neighbors were being “loud and disturbing” by playing loud music and revving the engines of their vehicles. He said he just wanted peace and they were “very much not being peaceful.”

A 65-year-old County Road 931 Tupelo woman got a call from someone claiming to be with the Social Security Administration in Texas said they were going to cut off her benefits for nine months because of drug charges against her in Texas. The caller said if she sent $900 on two prepaid cards ($500 and $400), the charges would be dropped. The caller told her to scratch the back of the cards, take a picture of the security code and text it to him. She only sent a picture of one card, but she is not sure which one. Since then, other people have called wanting more money.

A Columbus woman called 911 to report seeing “approximately 400 roosters chained up to barrels” in a County Road 1463 Nettleton pasture. She wanted to report it in case they were part of a cock fighting ring. The deputy found the roosters were healthy and the barrels had been made into shelter for the birds.

A woman said she informed her landlord that she would be moving out of the County Road 1438 Tupelo rental house. Since then, the landlord has been letting potential tenants into the house without her permission while her belongings are still inside. She is scared some of her stuff could be stolen if this practice continues.

The following reports were filed Monday by the Tupelo Police Department.

A Westmoreland Drive business said someone pulled up part of a fence and stole around $10,000 worth of assorted tools from at least four work trucks.

A Holly Hill Drive woman said someone broke out the rear window of her minivan overnight. Nothing was missing, and it did not appear as if anyone entered the vehicle.

A man said he was driving down West Main Street when someone pulled out in front of him. He swerved to avoid a collision, hitting the curb and damaging his left front tire and tie rod end.

A North Gloster Walmart employee said a woman entered the store and shopped for about 45 minutes. While going through the self checkpoint, she failed to scan several items worth a total of$39.16. She was detained for police and cited for shoplifting.

An Allen Street woman came home around 3 p.m. and found her back door open and her tan pit bull missing. She feels someone stole her dog.

A Fillmore Street man went to get his gun and discovered the Smith & Wesson pistol was missing. He said his son or nephews might have taken it, but he was not sure. The gun was listed in a national database as stolen.

A Maynard Drive woman said her ex-boyfriend came to her residence and damaged her car. The right rear tire was flat and the there was damage on the passenger side an the hood.

A woman reported someone had accessed her bank account and made deposits twice. The fist incident was April 2 for $98. Then, 18 days later, someone added another $2 to her account. When she reported it to her bank, they told her to make a police report as well.

A woman had a blowout going down Interstate 22 and was forced to leave her car near the Veterans Exit over the weekend. She locked the 2006 Toyota Tundra. Someone forced open the front passenger window and tried to steal the radio, damaging the dash and air vents. She said the thieves also broke the catalytic converter, because the truck is now very loud.

A South Eason Burger King employee said someone used a counterfeit $20 in the drive-thru between 4 p.m. and 6 p.m. The fake bill was not noticed until the end of the cashier’s shift.

Police responded to a single car wreck at 3:15 a.m. where a 2016 Nissan Sentra hit a utility pole at the intersection of South Green and Shell streets. Power lines were on the ground and across the car. Police called the owner. She said her boyfriend came by her workplace at 3 p.m. asking to borrow the car. She said yes, but he needed to return it by dark. He did not. While police were on the scene, the boyfriend called 911 to report his girlfriend’s car had been stolen. The boyfriend later admitted he was in the car at the time of the wreck, but insisted he was not driving. He said he did not know the name of the male who was driving.

A Fillmore Drive woman returned home to find a back window broken and raised. Neighbors reported a Black male had been seen in the area going in and out of garages and backyards. Nothing of value was missing or disturbed.

A Lumpkin Avenue woman said she let her sister stay at her apartment for a few days. The sister left last night but called the next morning wanting her stuff and the woman’s keys. She told the sister she could get her stuff, but she could not use her vehicle. She then her a loud noise and saw the sister kicking in the front door around 8:40 a.m. When she called 911, the sister fled. She said she didn’t want to press charges. She just wanted her door fixed.

Anyone with information on any of these crimes is urged to call the Lee County Sheriff’s Office at 841-9041, the Tupelo Police Department at 841-6491 or Crime Stoppers of Northeast Mississippi at (800) 773-TIPS.

A Lumpkin Avenue man was asleep and heard a loud noise around 8:45 a.m. He looked outside and saw where his Mitsubishi Eclipse had been hit. A witness said a white SUV leaving in a hurry hit the car, damaging the rear bumper and taillight.

A Lakeshire Drive man hired a man to pave his driveway. He gave the suspect $6,200 up front to purchase all the supplies and never heard from the suspect again.

A Rebel Drive man said someone stole his daughter’s black and blue bicycle from their residence. He said he noticed four young males in the area the night before the bike turned up missing.

A Shonda Circle woman walked into the police department and said her neighbor has dogs that “bark and show out at night.” She was told to call animal control if it happens again.

Police responded to the Lee County Library around 2:30 p.m. for a man asleep in the bathroom. A check revealed the man had three outstanding warrants. He was arrested and carried to jail.

A Milford Street woman said her ex-boyfriend has been driving by her apartment building and has called her several times. If she does not answer the calls, he shows up at her door and verbally abuses her. He has now started driving be her workplace, looking for her vehicle.

A man said while leaving Cooper Tire, he spotted a black pistol laying on the ground by the side of the road. He stopped, picked up the loaded Taurus 9mm and took it to the police department.

A Belk employee said a man concealed two pairs of blue jeans and a shirt inside his jacket and left without paying for the $142 in merchandise. He drove away in a white Grand Marquis.