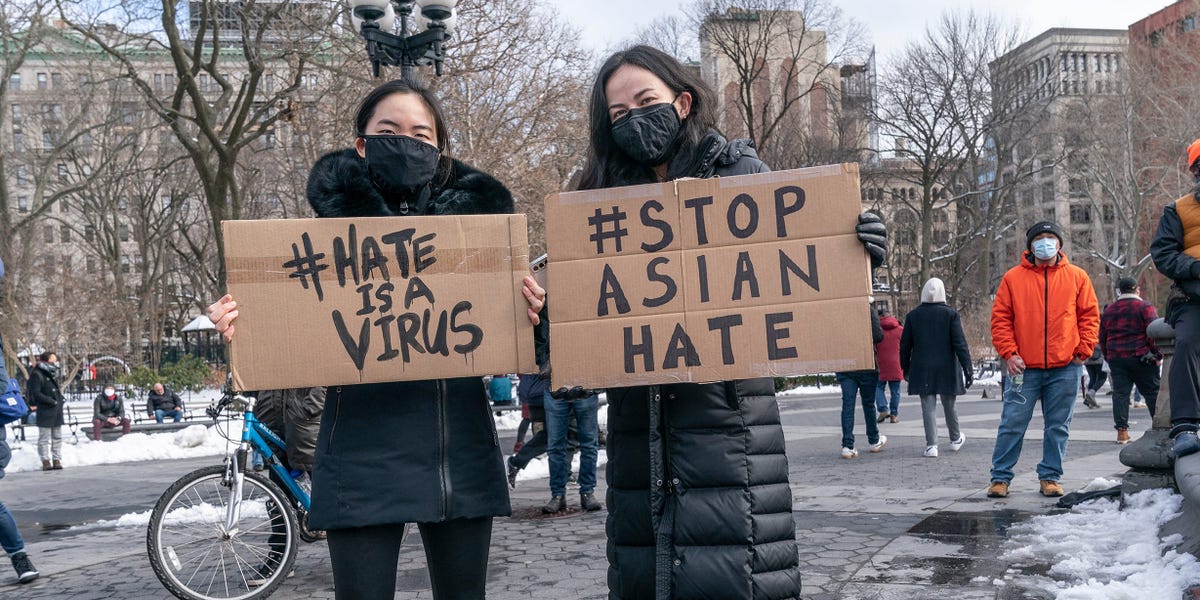 Hate crimes in New York City skyrocketed during the first few months of 2021, a report from the New York Police Department showed.

Data showed that hate crimes were on a steady rise from January to February but quickly shot up to more than 50 incidents in March.

The bulk appears to be anti-Asian hate crimes, which also significantly rose in March with over 30 incidents reported in that month alone.

The Wall Street Journal reported that 180 hate crimes were recorded in the city from January 1 through May 2, an increase of 73% from the same period last year, according to the NYPD’s Hate Crime Task Force.

Between January 1 and April 4, there were 80 hate crimes in the city that targeted Asian-Americans, the Journal reported.

Hate crimes against Asian-Americans have been on the rise across the country during the COVID-19 pandemic and New York City has had several high-profile incidents.

A Brooklyn man was arrested and faces 23 charges stemming from three anti-Asian incidents that occurred between March and April 2020. A 65-year-old Asian woman was yelled at and assaulted while on her way to church in March.

Hate crimes targeting Jewish people were the second-highest behind anti-Asian incidents, with 54 reported between January 1 and May 2.

The NYPD has been ramping up efforts to combat anti-Asian hate crimes and set up the NYPD’s Asian Hate Crimes Task Force in the fall.

Last month, the department also announced a New Hate Crime Review Panel where civilian leaders would look at what challenges there are in determining whether a crime is in fact a hate crime.

“Our continuing partnerships with the community remain the cornerstone of our policing philosophy,” Police Commissioner Dermot Shea said. “Whether teaming our cops up with the community to clean graffiti, partnering with esteemed advisors to reimagine policing for the 21st century, or ensuring an independent assessment of all potential hate crimes, we are always striving to make the department fairer, stronger, and more effective.”

The NYPD did not respond to Insider’s request for comment at the time of publication.