Footage has emerged of the inside of a five-storey abandoned underground NATO bunker built with 31inch thick concrete walls in Germany allegedly converted by criminal gangs into a high tech data centre to host darknet websites.

An Australian man was arrested on Monday accused of running a $220million illegal darkweb marketplace – called the biggest in the world and ‘eBay for criminals’ – after ha was tracked following the bunker’s discovery.

The joint investigation by Australian Federal Police, Scotland Yard, the FBI, Europol, and German authorities, among others, arrested the Queensland man, 34, as he allegedly tried flee across the Danish border into Germany.

The man, known only as Julian K, is the alleged operator of DarkMarket and has been detained by German investigators. 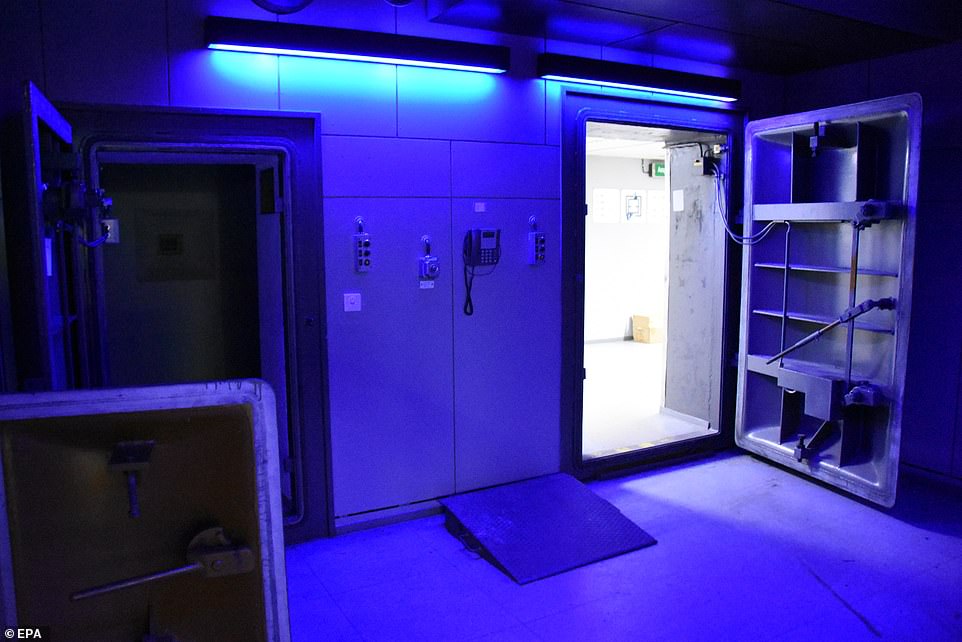 The 5,000sq m former NATO bunker located in south-western Germany (pictured) was built with 31inch thick concrete walls and was converted into a data facility called CyberBunker to host darknet websites after being bought in 2012 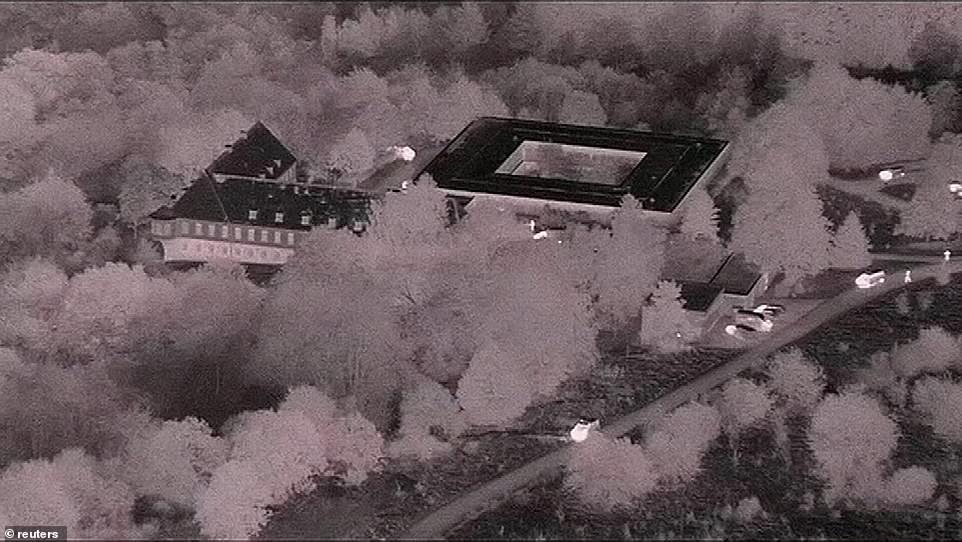 A night-vision aerial view of the aboveground portion of the bunker containing a gatehouse, office, helipad and entrance building (pictured) which descends another four levels below the surface 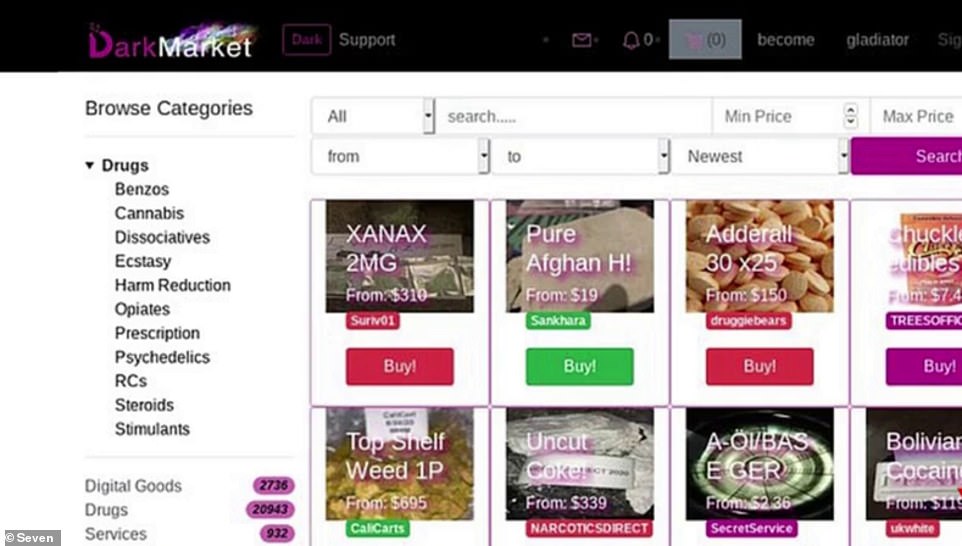 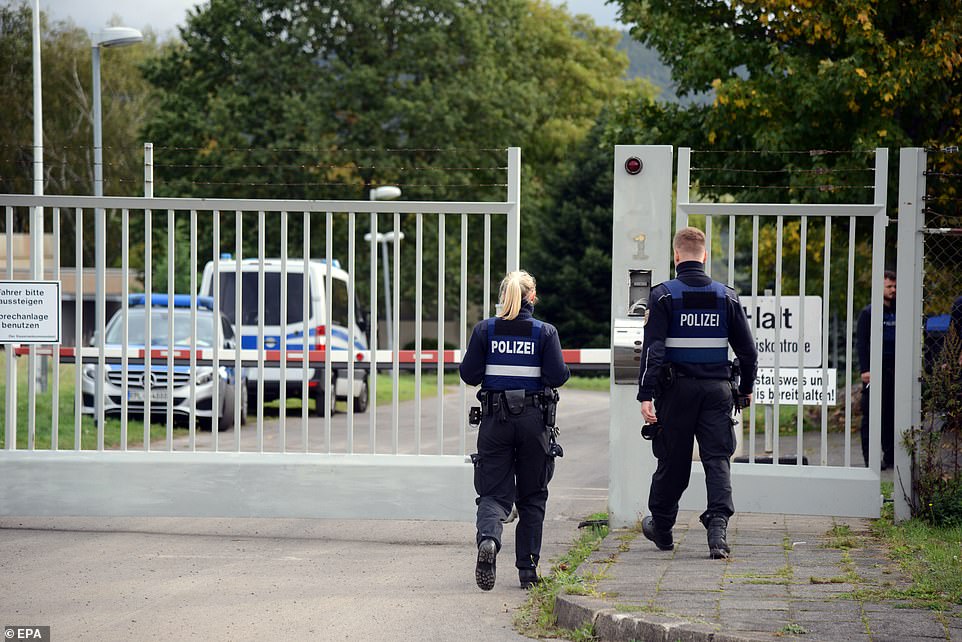 DarkMarket was shut down on Monday and its new servers, located in Ukraine and Moldova after relocating from the bunker, were taken off the internet, prosecutors in the city of Koblenz said.

‘Until its closure, DarkMarket was probably the largest marketplace worldwide on the darknet, with almost 500,000 users and more than 2400 sellers,’ prosecutors said.

More than 320,000 transactions were conducted via the website including the sale of drugs, counterfeit money, stolen or falsified credit cards, anonymous SIM cards and malware.

The transactions were reportedly worth a total of 4,650 bitcoin and 12,800 monero – two cryptocurrencies – for an equivalent sum of more than $221million.

The servers will be forensically examined by authorities to uncover information about the website’s operations and criminal network. 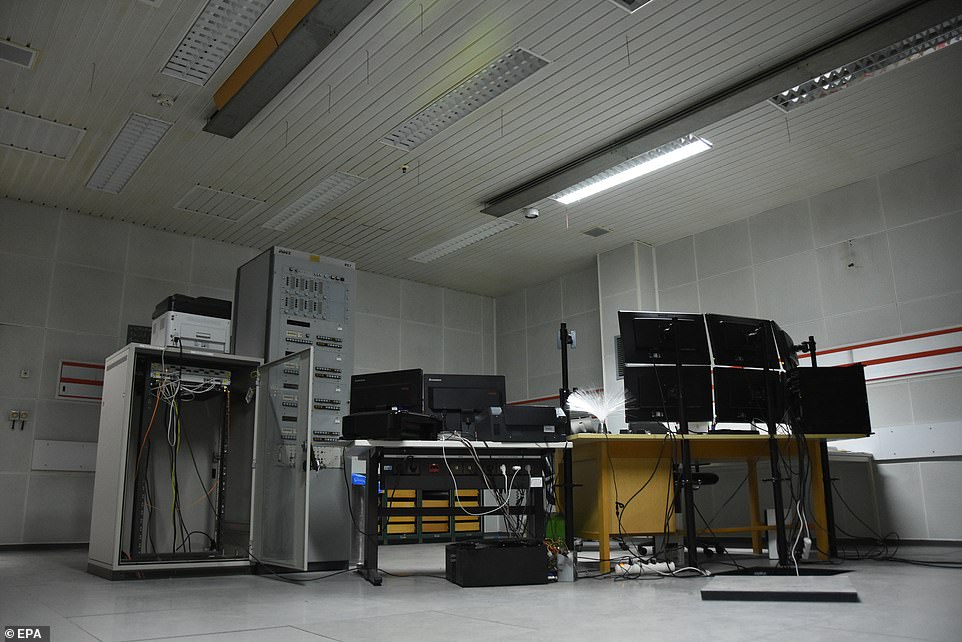 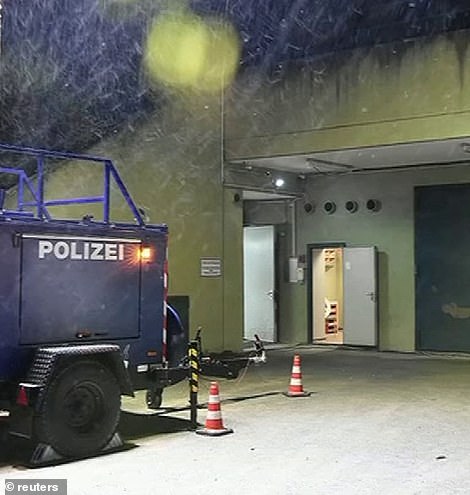 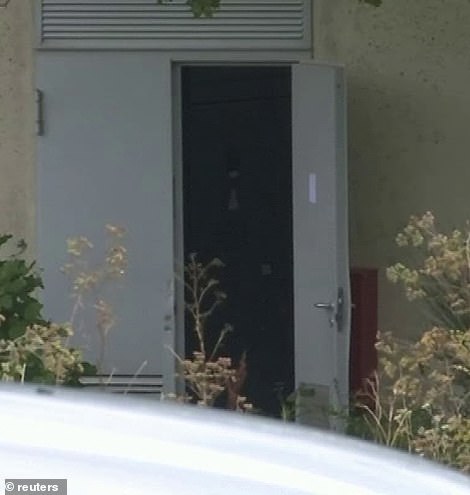 The accused man has already fronted a German court and been denied bail – to be transferred to a German prison in the next few days.

He has reportedly refused to speak to investigators or court officials.

German prosecutors said the man was trying to flee Denmark into Germany when arrested and was travelling through Europe either on holiday or conducting business for the illegal website.

They said the investigation around DarkMarket originated after the discovery of the data processing centre run by criminals in the 5,000sqm former unused bunker in south-west Germany. 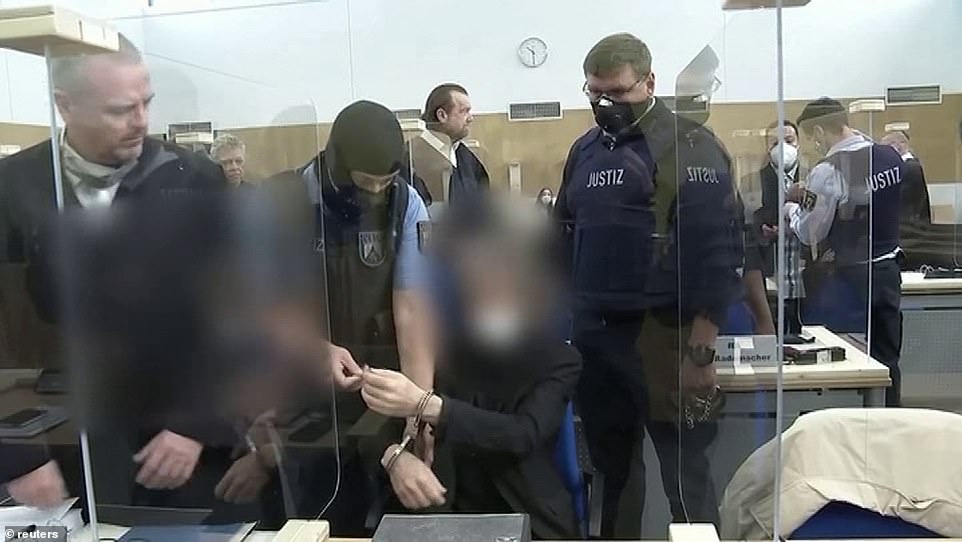 The discovery of the illegal data centre in the bunker led to the arrest of multiple people accused of being part of a criminal network and being an accessory to hundreds of thousands of illegal transactions. Some went on trial in October (pictured)

The data facility hosted illegal websites, which included DarkMarket temporarily, and was shut down in 2019.

The building, constructed by the West-German military, in the mid-1970s descended five-storeys below the surface and was built with 31inch thick concrete walls to withstand a nuclear blast.

A meteorological division of the military used the facility after the Cold War until 2012 to forecast weather patterns where German soldiers were deployed.

The building was sold to a foundation based in Denmark in 2012 after officials could find no other buyers for the vacant facility.

A number of people were arrested after the discovery of the data centre – accused of being part of a criminal network and being accessories to hundreds of thousands of illegal transactions involving prohibited material such as drugs and hacking tools.

Some already went on trial in October.

The darkweb was originally developed for the United States military but has been overrun by criminals because they can conceal their identity on the platform. 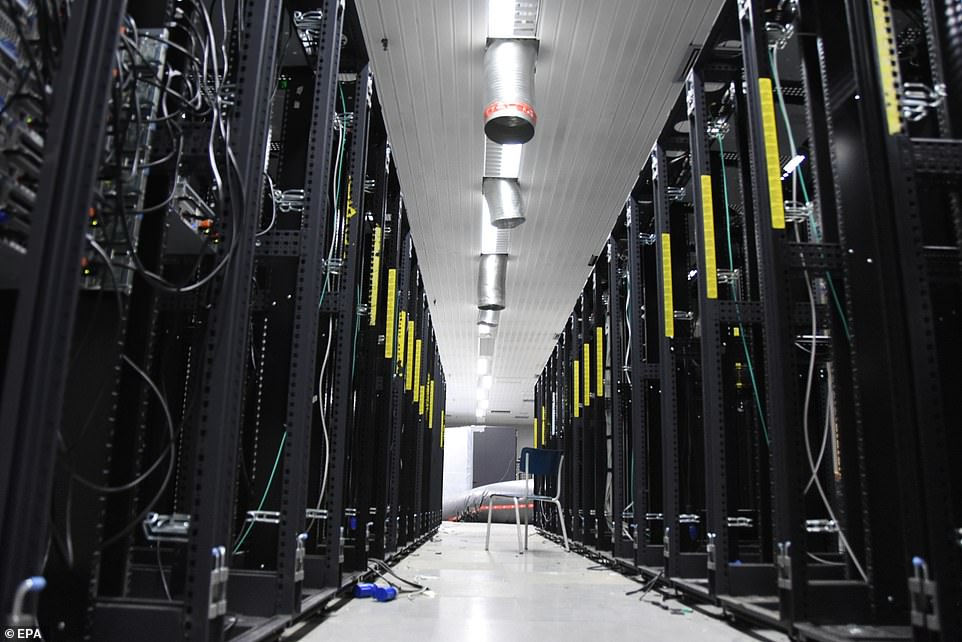 Server rows constructed in the bunker which is made of solid concrete and climate controlled (pictured). The data centre was dismantled after the raid and multiple people linked to the centre were put on trial