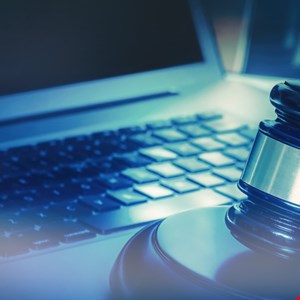 What could be the world’s largest illegal marketplace on the dark web has been taken offline in an international operation involving law enforcement agencies in Australia, Denmark, Germany, Moldova, Switzerland, Ukraine, the United Kingdom, and the USA.

At the time of its closure, DarkMarket had almost half a million users and more than 2,400 vendors selling a broad range of illicit merchandise. Among the goods advertised for sale were stolen credit card details, illegal drugs, counterfeit money, anonymous SIM cards, and malware.

At least 320,000 transactions were carried out via the marketplace, involving the transfer of more than 4,650 bitcoin and 12,800 monero (a sum equivalent to more than $170m). Because of its location on the dark net, DarkMarket was accessible only to internet users with specialized identity-cloaking tools.

The Central Criminal Investigation Department in Oldenburg, Germany, took down the site and turned off its servers on Monday. The shutdown followed the weekend arrest near the German–Danish border of a 34-year-old Australian citizen who is the alleged operator of the site.

German prosecutors in the cities of Koblenz and Oldenburg said on Tuesday that they had shut down what was “probably the largest illegal marketplace on the Darknet.”

In a statement released today, Europol said: “The investigation, which was led by the cybercrime unit of the Koblenz Public Prosecutor’s Office, allowed officers to locate and close the marketplace, switch off the servers and seize the criminal infrastructure—more than 20 servers in Moldova and Ukraine—supported by the German Federal Criminal Police office (BKA).

“The stored data will give investigators new leads to further investigate moderators, sellers, and buyers.”

German authorities say the probe that uncovered DarkMarket was the result of a months-long joint effort by international law enforcement agencies. The law enforcement action against DarkMarket sprung from a larger investigation that saw the takedown of website hosting provider CyberBunker in southwestern Germany in September 2019.

The DarkMarket taken down over the weekend is separate from an earlier dark web marketplace, Darkmarket, that was shut down in 2008 after an FBI agent infiltrated it.