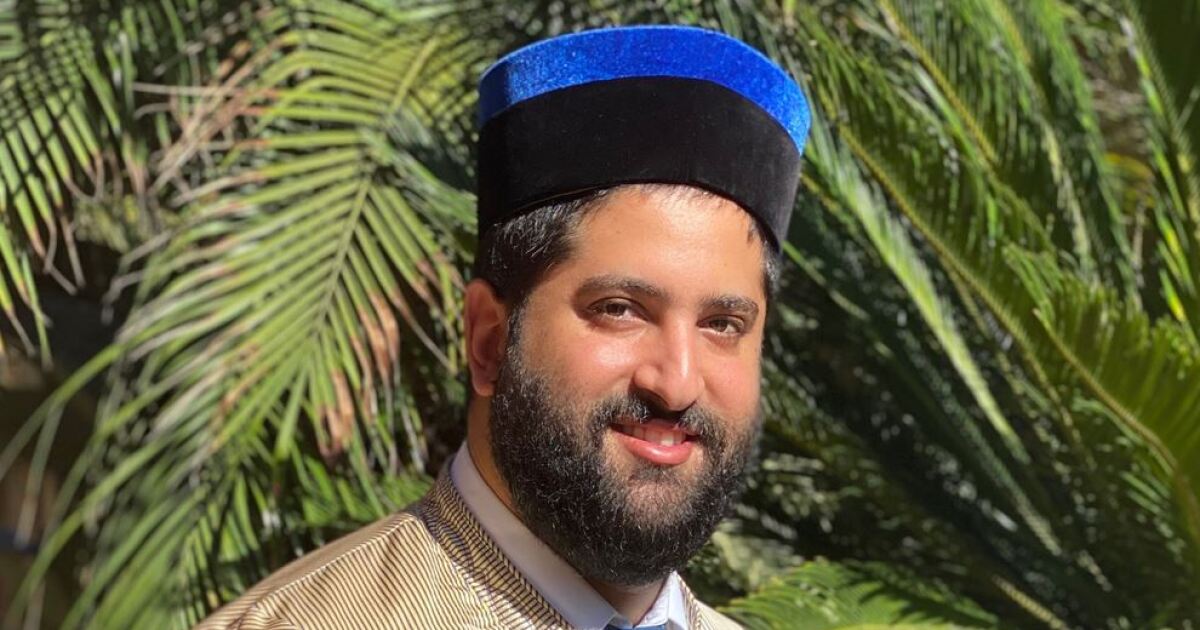 A 14-year-old boy was arrested on suspicion of a hate crime Friday, a week after a rabbi was allegedly punched near his San Diego synagogue, police said.

Rabbi Yonatan Halevy told the Union-Tribune that the assault occurred on Oct. 10 as he and his father were walking toward the synagogue. A teenager rode past them on his bike, Halevy said, then abruptly turned around and brought a clenched fist down on top of the rabbi’s head.

The force knocked the 31-year-old off his feet, he said.

The young assailant spewed slurs, said something about White power, then rode off laughing, Halevy told the Union-Tribune.

“I was shocked, stunned, and hurt, but was grateful that my father was unharmed,” he wrote on his synagogue website.

He said he and his University City congregation had been targeted by a group of teens, including the alleged assailant, for a few weeks before the attack. They had been heckled and a car window was broken, he said.

Because the suspect in the alleged assault is a minor, police did not release his name.

Earlier this week, the regional director of the Anti-Defamation League in San Diego said people should not shrug off the encounter as youth behaving badly.

“We don’t want to be dismissive and say it was just kids,” Tammy Gillies said. “We have to take hate and any hate incident very seriously.”

“It doesn’t just impact the target, but its a message to the whole community that says, ‘We don’t want you here,” she said. “That is the double impact of the hate crime.”

The rabbi said it took 42 minutes for police to arrive as he and his father hunkered down inside the synagogue after it happened.

They called 911. They had a description of the assailant. They had photos, too, because the teen had lingered outside, taunting them. But, the rabbi said, the responding officers told him there was not much they could do.

That changed Monday when Halevy called police brass in the Northern Division, where the alleged assault occurred. “It went from ‘They can’t do anything’ to ‘This is No. 1 priority,’” Halevy told the Union-Tribune.

Capt. Matt Novak runs the Northern Division. Through a department spokesman, Novak said he “spoke to the rabbi personally, and acknowledged that the initial response could have been better.”

The captain also said that “going forward, we will be having discussions and possibly training with officers to help them better understand and better respond to incidents like these.”

Halevy said he was encouraged. “To the credit of the Police Department, they have owned up to their inadequate response,” he said.

They include John Earnest, who is accused in an April 2019 shooting at a Poway synagogue that killed one and wounded three. He is also accused of starting fires outside an Escondido mosque.

So far this year, local law enforcement has submitted 39 potential hate-crime cases to county prosecutors. Charges were brought in 29 of the cases, although only 15 included hate crime allegations.