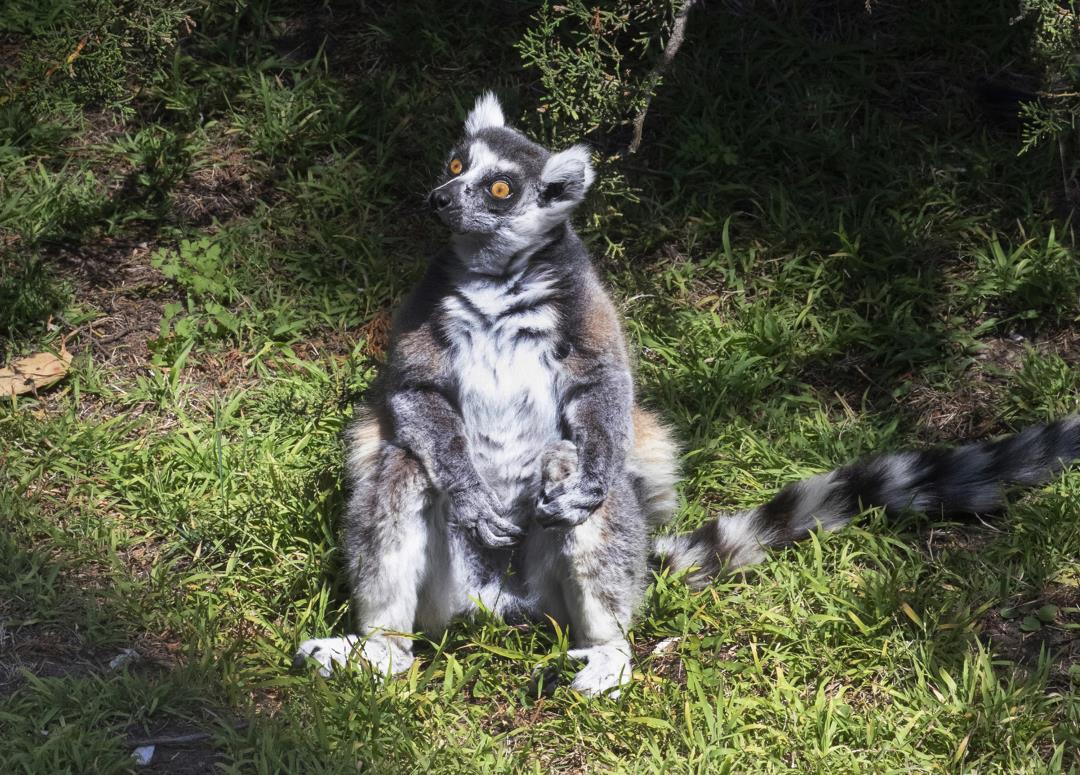 (Newser) – Police said Friday they arrested a man suspected of stealing a ring-tailed lemur from the San Francisco Zoo, where officials rewarded a 5-year-old boy who helped recapture the endangered primate with a lifetime membership, the AP reports. The theft of Maki, an arthritic 21-year-old lemur, made the news Wednesday in San Francisco and beyond when zoo officials reported the animal missing and found evidence of forced entry at his enclosure. Five-year-old James Trinh was unaware of the headlines when leaving his preschool Thursday in Daly City, about 5 miles from the zoo, and exclaimed, “There’s a lemur! There’s a lemur!” Cynthia Huang, director of the Hope Lutheran Day School, told the San Francisco Chronicle Friday.

Huang was skeptical at first. “I thought, Are you sure it’s not a raccoon?” she said. Maki scurried from the parking lot into the school’s playground and took refuge in a miniature play house, as the school called police who quickly alerted animal control and zoo officials. The children, parents, and teachers watched as caretakers arrived and coaxed the lemur into a transport cage, Huang said. Also Thursday, police said Friday they took 30-year-old Cory McGilloway into custody the day before on unrelated charges. He was expected to be transferred to San Francisco County Jail to be booked on charges of burglary, grand theft of an animal, looting, and vandalism, all related to the lemur theft. Police did not provide other details, saying the investigation was still underway.