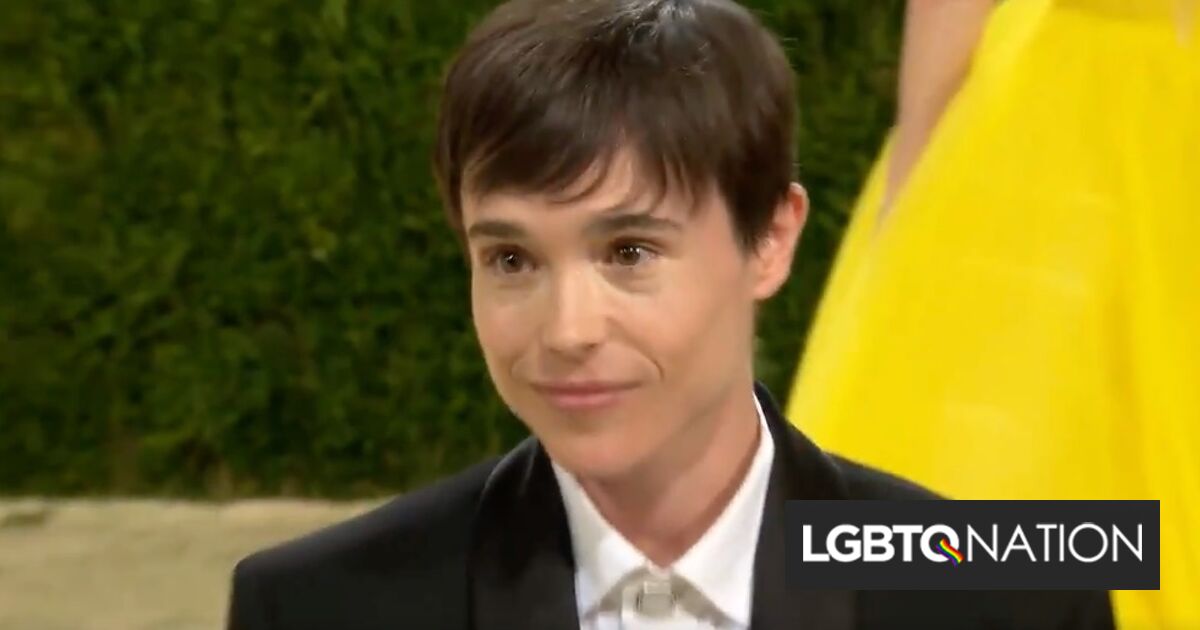 Actor Elliot Page stole the limelight at the Met Gala last night when he walked the red carpet for the first time since announcing his transition.

Page wore a simple black Balenciaga tuxedo with clunky black sneakers, but his one adornment quickly became the talk of Twitter.

Page sported a green rose on his lapel, drawing comparisons to gay icon Oscar Wilde online. Wilde frequently wore a green carnation, making it a brief symbol of gay (in)visibility in the late 1800s after he asked his friends to wear one to one of his plays.

Page didn’t comment on his choice of flower, but that didn’t stop some fans from insisting it was a deliberate symbol of Pride – albeit a minor and obscure one. Several trans men also pointed out that the fit of his jacket was off because it’s difficult to find ones that fit correctly.

He became a star through the hit 2007 film Juno, for which he got an Oscar nomination. He also appeared in the shocking pedophile drama Hard Candy, two X-Men films and the critically-acclaimed Netflix series The Umbrella Academy. In the series, he plays Vanya Hargreeves, a violinist with a destructive power to control sound waves.

But even though Page knew he was a boy since age nine, it took the pandemic for him to transition.

“There are pervasive stereotypes about masculinity and femininity that define how we’re all supposed to act, dress and speak,” he explained after coming out. “And they serve no one.”

Elliot Page wears a green flower on his lapel at the #MetGala!

The green carnation became a queer symbol due to Oscar Wilde in 1892.

Wilde asked his friends to wear the flowers to opening night of one of his shows and the flower then continued to be an emblem for queer men. pic.twitter.com/T7POx4kV2w

WHO is elliot page’s stylist i just want to speak w/ them about why they opted for “ring bearer who had to borrow his older brother’s tux jacket last minute” pic.twitter.com/vKlr4rmre9

y’all do NOT get to lump elliot page in with the rest of the men in suits you make fun of tonight . i will literally start swinging . this is one of his first big public appearances since coming out and he deserves to enjoy being himself without judgement . thank u and goodnight