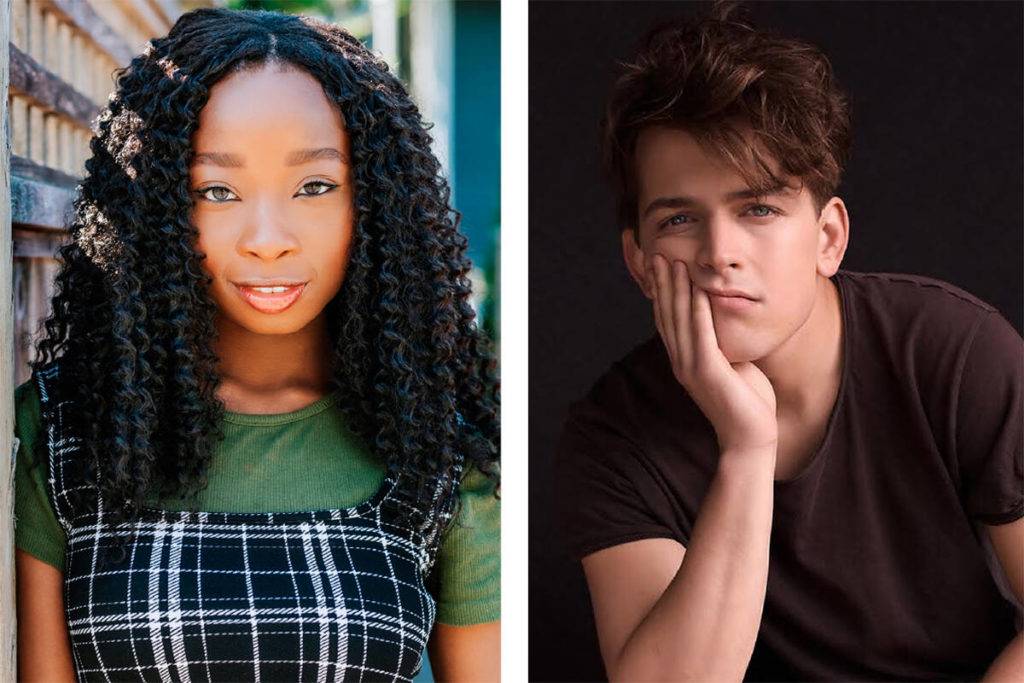 Surrey-based actors Princess Davis and Aiden Howard are reunited in “Imperfect High,” which isn’t the first movie they’ve made together.

Nia Sioux stars as Hanna Brooks, “the new girl in town who is looking to find her place and fit in at Lakewood High School, which was rocked a couple of years earlier by the shocking drug overdose of a popular student,” according to the plot summary on imdb.com.

Filming was done last spring across the Lower Mainland, including at Langley Christian School.

Relatively new to acting, Howard’s first ever audition was for “Rocking on Air,” a short film that played during Vancouver Asian Film Festival in 2019. That movie also featured Davis.

“We were in a band together,” Howard reported. “So this is the second film we’ve done.”

In “Imperfect High,” the more experienced actor Davis plays Marcy, “who is very spunky, alpha-like, a self-acclaimed expert on all things but over all she’s a really supportive and loving friend,” noted Davis, who lives in Fleetwood and graduated from Surrey Christian School.

“(Marcy) is Hanna’s best friend, and when Hanna leaves town and starts at a new school she continuously reaches out and supports her best friend while being miles apart.”

Back in high school, Howard’s lacrosse skills landed him on a prep-school team in Arizona.

“I went to Pacific Academy until Grade 10 when I moved down to Arizona for sports,” he said, “and then I studied accounting at Pepperdine University in Malibu (California), but took an acting class in my senior year and fell in love with it.”

His next film project is “Deep Web: Murdershow,” due out this Halloween. He plays investigative journalist Ethan Newton, whose sister is murdered.

“I also work in the voice-over animation world, too. I play Black Widow 2099 in ‘Marvel Battle: Treachery at Twilight,’ which can be seen on Disney XD, Disney Plus and Marvel HQ, and this fall I play a character named Latoya in ‘Molly of Denali,’ which will be on PBS Kids.

“Currently I am working on a TV series called ‘Yellowjackets,’ which airs on Showtime in the fall,” Davis added. “It’s about a team of wildly talented high school girls soccer players who become the (un)lucky survivors of a plane crash deep in the Ontario wilderness. I play one of the soccer players on the team.”