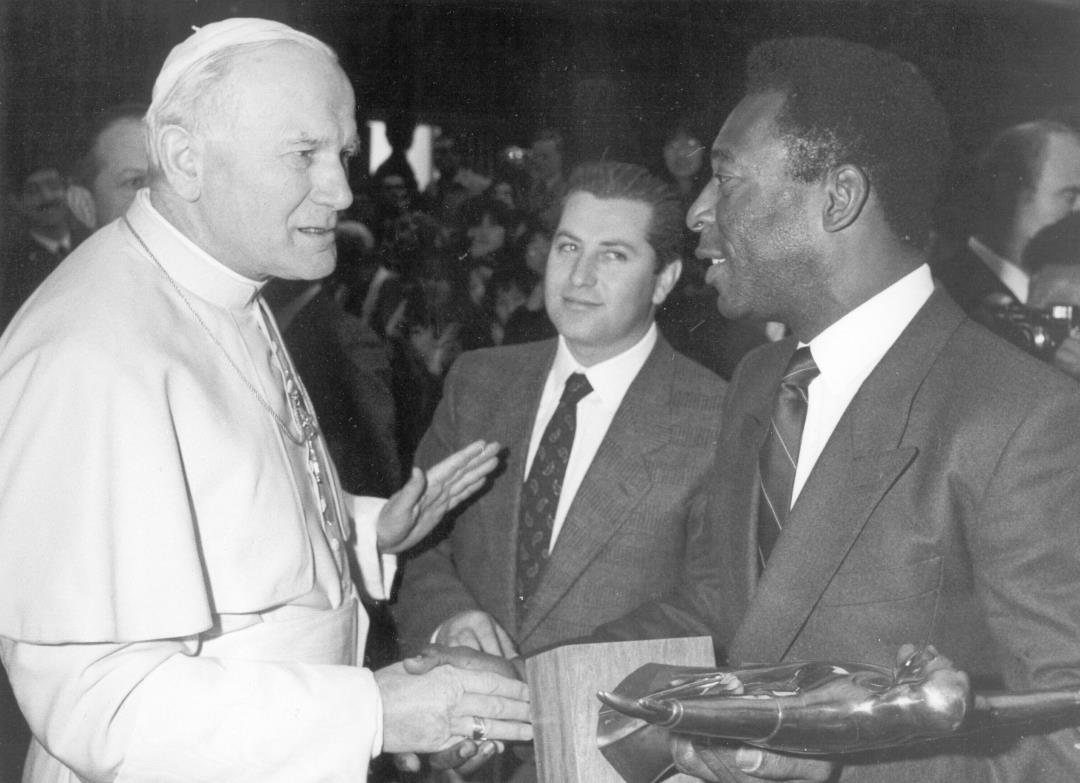 (Newser) – Pope John Paul II died more than 15 years ago, but people still try to get their hands on relics of the Polish pontiff when they can—even his blood. That’s what a man from Tuscany is accused of swiping, and Italian authorities are now trying to track down the missing vial, reports AFP. The vial, attached to a golden cross, was taken in September from a cathedral in Spoleto, located in the Umbria region, in the middle of the day from behind an iron gate in one of the church’s recesses. Surveillance footage from inside the church and on the streets nearby helped cops identify the suspect, who allegedly fled to the train station and took two trains to get home after lifting the relic. Police say they recognize the suspect, said to be in his 40s or 50s, as someone who’s stolen other sacred items.

This particular relic was given to the Spoleto diocese in 2016 by Cardinal Stanislaw Dziwisz, who was John Paul II’s longtime personal secretary. The blood had been taken from the pope not long before he died, and it was used as the official veneration relic during his 2011 beatification ceremony, one of the steps before one achieves sainthood, per the Guardian. The vial was being kept in the Spoleto cathedral until it could be sent to a new church in Umbria named for the pope. Cops couldn’t find the relic in the suspect’s home, and they believe it may have ended up on the black market and perhaps with a collector interested in religious items. (Read more strange stuff stories.)