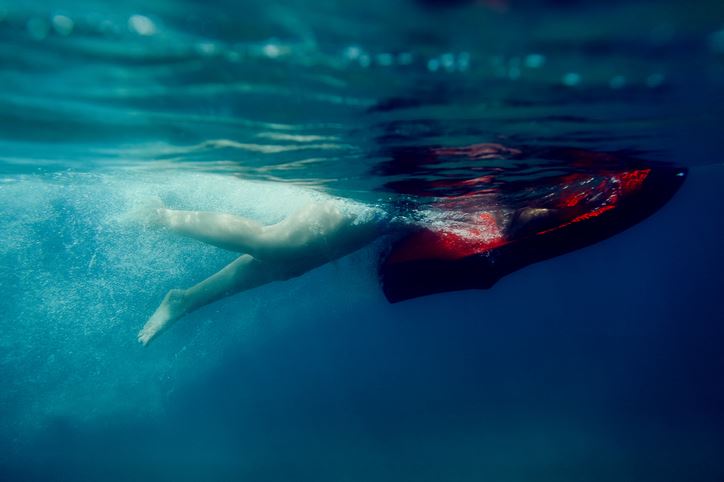 (Newser) – A California man accused of scamming members of his local church in a $35 million Ponzi scheme attempted a daring getaway Monday with federal agents in hot pursuit. The FBI says 44-year-old Matthew Piercey fled in his pickup truck before entering Lake Shasta, the state’s largest reservoir, and attempting an underwater escape using a “sea scooter.” The devices, also known as diver propulsion vehicles, were seen in the James Bond movie Thunderball, the BBC reports. Piercey, however, is no James Bond. Agents watched the bubbles rise from the frigid waters for around 25 minutes before Piercey emerged and was arrested. He was examined for hypothermia and was given dry clothes provided by his wife.

According to court documents, Piercey’s attempted escape involved a Yamaha 350LI underwater submersible device, which has a top speed of almost 4 miles an hour, the Los Angeles Times reports. “You know, you never know what is going through someone’s mind when they’re being pursued by the FBI,” said Josh Kons, an attorney for some of the scheme’s alleged victims, per CBS Sacramento. Piercey was indicted last week on 31 counts including mail fraud and money laundering. Prosecutors say Piercey and his business partner solicited money for a nonexistent “upvesting fund” and used the money to pay off debts and buy properties. Authorities say that after the underwater episode, Piercey is now considered a flight risk and is being held without bail. (Read more California stories.)