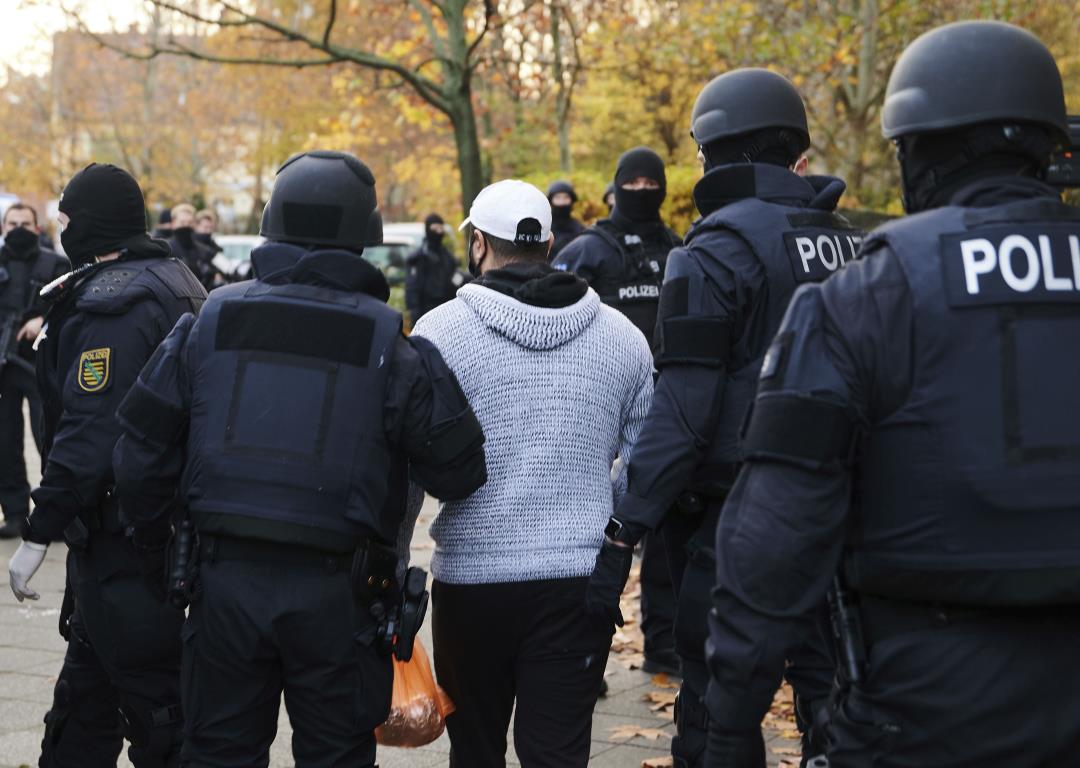 (Newser) – In what sounds like a scene worthy of any big-budget heist film, a Berlin neighborhood was overrun with 1,638 officers and special forces personnel in a pre-dawn raid on 20 apartments, two garages, an eatery, and a number of vehicles. The New York Times reports three German men in their 20s with links to organized crime were arrested, but “the stolen art treasures have not yet been found.” So said Dresden police in regard to still-missing 18th-century royal jewels, which were taken nearly exactly one year ago from the Jewel Room at the Green Vault museum in Dresden. Eleven pieces regarded as having “immeasurable” cultural and historical value were taken from glass display cases that were breached using an ax.

The AP reports the focus of the raid was “art treasures and possible evidence such as computer storage media, clothing, and tools,” per Dresden police and prosecutors. A police rep doesn’t sound surprised that the diamond brooch, diamond epaulette, and other jewels weren’t recovered: “We’d have to have a lot of luck in order to find them a year after the crime.” The three men arrested are being held on suspicion of gang theft and arson; two other suspects bearing the surname Remmo are also being sought; Dresden’s state prosecutor says footage from the museum and “advanced technology” led them to the men. The Guardian reports members of the same Remmo “Lebanese mafia” family were convicted in early 2020 for stealing a 220-pound Canadian gold coin worth $4.45 million from a Berlin museum in 2017; it has not been found. (Authorities have harbored a big fear about the jewels’ fate.)