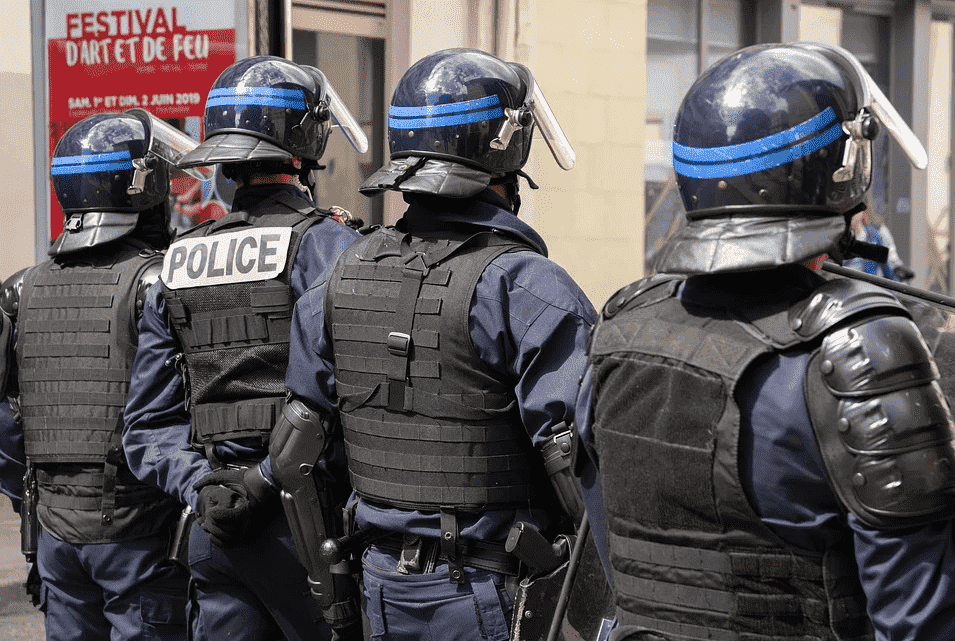 A Muslim family of five were shocked to find at least four armed men, their faces covered in balaclavas, banging on their door. The family told the French TV program Quotidien that the heavily-armed men forced their way into the apartment and searched the family’s possessions.

The reason for the shocking invasion of their home revolved around something their young daughter said at school. Her teacher had asked the class what they thought of the murder of Samuel Paty. The young girl responded, “I am sad about it, but if the teacher didn’t show his students caricatures this wouldn’t have happened.”

Someone either in her class or at school reported her response to the authorities, prompting the armed raid on the innocent family’s home. Her family had been marked as possible extremists because of the words of a middle school-aged girl.

The raid was a shocking example of what the Amsterdam-based Transnational Institute (TNI) labels as “pre-crimes.”

The term originates from a Philip K. Dick’s short story titled “The Minority Report,” released as a blockbuster movie starring Tom Cruise in 2002. The concept of a pre-crime revolves around arrests made not for crimes committed, but for those the state expects someone to commit.

The raid in France exemplifies how Islamophobia is leading to pre-crime arrests as the suspect’s faith prompts suspicions over their possible intentions. “Muslims are discursively and politically constructed as a threat,” TNI explained about the troubling trend that is also present in Britain and the Netherlands.

Anti-terrorism policies fueled by islamophobia legitimize “institutionalised prejudice and suspicion against Muslim populations,” the NGO warned in February. The organization released a comparative study on the troubling trend, titled “Stranger than Fiction: How ‘pre-crime’ approaches to ‘Countering Violent Extremism’ institutionalise Islamophobia.” It highlights how since 2014 France’s counter-terrorism apparatus has shifted its approach to catching potential extremists before they commit a suspected future crime.

France’s separation of religion and state long prevented such targeting of minorities, but as the raid based on a child’s remarks has shown, rising Islamophobia is leading to the targeting of innocent families over baseless suspicions.