Shooting at Wisconsin Mall Isn’t First There This Year 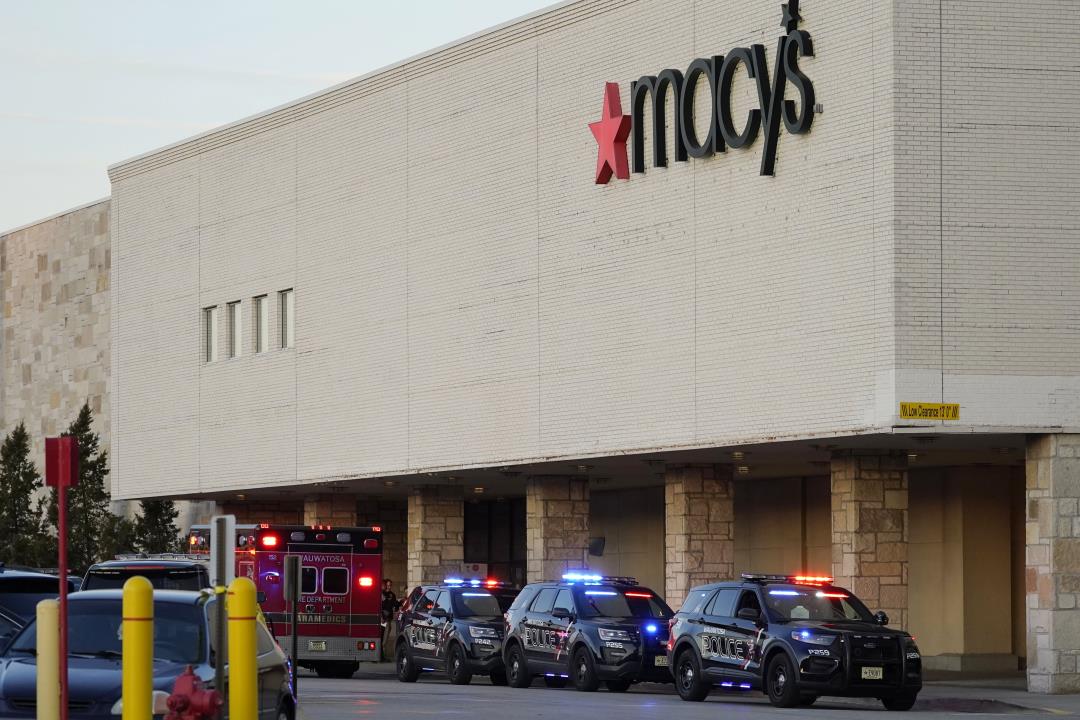 (Newser) – Police searched Friday evening for the suspect in a shooting at a suburban Milwaukee mall that left seven adults and a teenager injured. Wauwatosa Police Chief Barry Weber gave a brief update on the attack at the Mayfair Mall about three hours after the 2:50pm incident near an entrance to the Macy’s store, saying the shooter was “no longer at the scene” when authorities arrived. “Preliminary statements from witnesses indicate that the shooter is a white male in his 20s or 30s,” Weber told reporters, per the AP. “Investigators are working on determining the identity of that suspect.” Wauwatosa police later tweeted, “Preliminary investigation has led us to believe that this shooting was not a random act, and was the result of an altercation.”

Authorities said the mall will be closed Saturday and investigators were to remain there overnight. Witnesses told WISN-TV that they had heard what they believed to be eight to 12 gunshots. Mall operator Brookfield Properties said in a statement they were “disheartened and angered that our guests and tenants were subject to this violent incident.” The Mayfair Mall was the site of a February shooting in which a city police officer, Joseph Mensah, shot and killed Alvin Cole, a Black 17-year-old. Police said Cole was fleeing from police; Mensah, who is also Black, said he shot Cole because Cole pointed a gun at him. The mall was the target of sporadic protests over several months in the wake of the shooting.