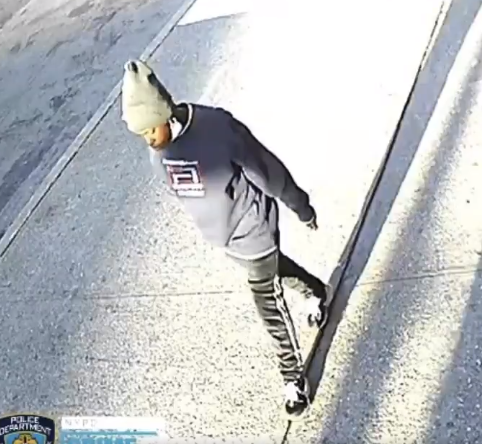 (Newser) – The New York Police Department is appealing for the public’s help in finding a woman who violently mugged an 85-year-old man on a street in the Bronx on Saturday morning. Surveillance video released by police shows the woman, who appears to be in her 20s, going through the victim’s pockets after he was shoved to the ground, Fox reports. Police say she fled after stealing $7, leaving the victim on the sidewalk, the New York Daily News reports. The man was hospitalized in critical condition. (Read more mugging stories.)