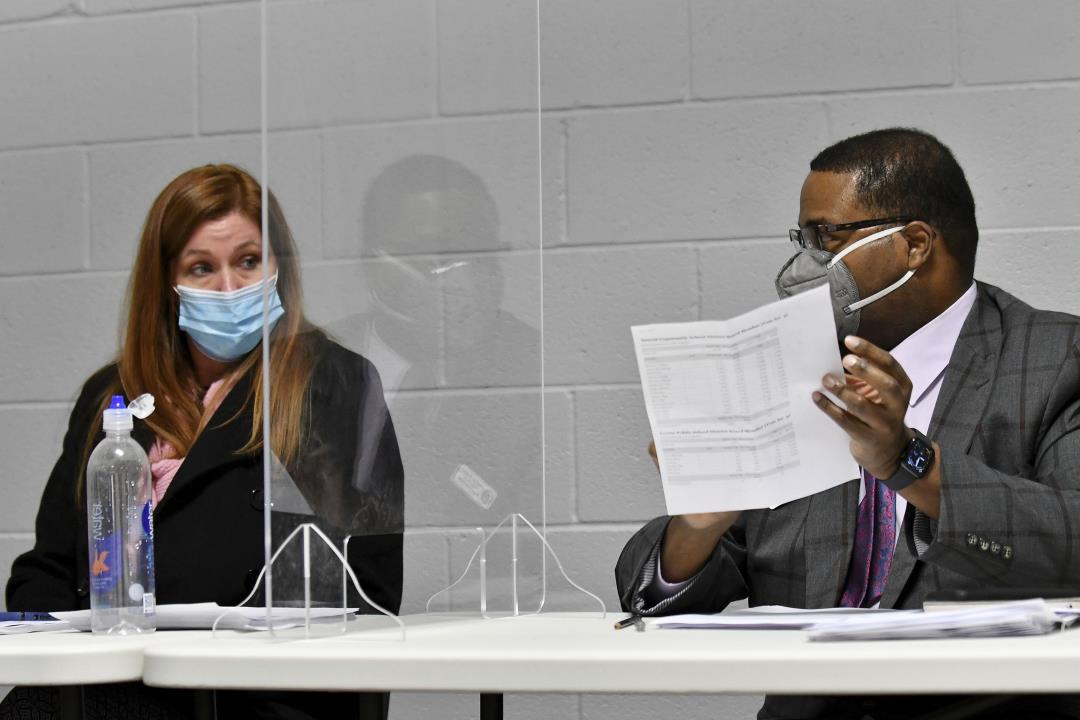 (Newser) – A woman angry with a Detroit-area election official sent photos of a dead body and threatened her family, a day after a clamorous meeting at which Republican board members initially refused to certify local results in favor of Joe Biden, authorities said Wednesday. Katelyn Jones, 23, was charged with making a threat of violence, the AP reports. She sent a series of disturbing messages by phone and on social media that referred to Monica Palmer of the Wayne County Board of Canvassers as a terrorist and racist, the FBI said in a court filing. Jones has ties to Olivet, Michigan, according to her driver’s license, but the FBI said she sent the threats from Epping, New Hampshire, where she was staying with her mother, and she was arrested there.

Palmer chaired a raucous meeting of the Board of Canvassers on Nov. 17. She and a fellow Republican on the four-member board initially refused to certify Wayne County’s election results. They subsequently changed their votes and certified the election totals. “You have made a grave mistake. I hope you realize that now,” Jones told Palmer a day after the meeting, according to the FBI. The threats included photos of a woman’s nude, bloody body and references to Palmer’s daughter, the FBI said. “There is simply no place in Michigan, or in the United States, for chilling threats like this to people who are simply doing what they believe is correct,” US Attorney Matthew Schneider said. “This is not the only threat case related to the election that we are investigating.” Jones appeared in federal court in Concord, NH, and was told to report to court in Detroit on Jan. 13.