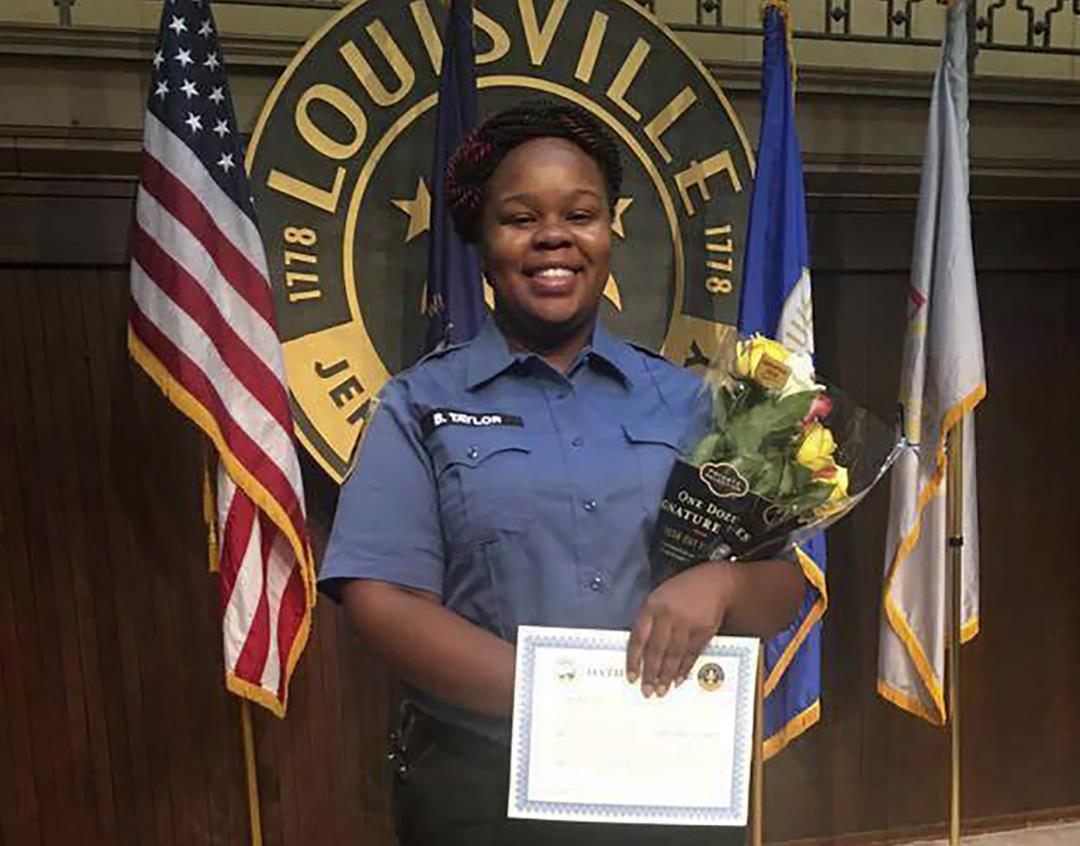 (Newser) – Louisville police have taken steps that could result in the firing of two officers connected to Breonna Taylor’s death—the one who sought the no-knock search warrant that led detectives to her apartment and another found to have opened fire, the AP reports. Detective Joshua Jaynes, who was not present at the shooting, received a pre-termination letter, media outlets reported Tuesday. It came after a Professional Standards Unit investigation found he had violated department procedures for preparation of a search warrant and truthfulness, his attorney said. Detective Myles Cosgrove also received a pre-termination letter, media outlets later reported, citing his attorney, Jarrod Beck. Kentucky’s attorney general has said it was Cosgrove who appeared to have fired the fatal shot at Taylor, according to ballistics tests.

The shooting death of the 26-year-old Black woman in her home sparked months of protests in Louisville alongside national protests over racial injustice and police misconduct. Jaynes has a hearing with interim Chief Yvette Gentry and her staff on Thursday. “Your actions have brought discredit upon yourself and the department,” Gentry wrote in Jaynes’ letter. “Your conduct has severely damaged the image our department has established within our community.” Former officer Brett Hankison was charged by a grand jury with wanton endangerment, a low-level felony, for firing into an adjacent apartment where people were present. The two officers who shot Taylor, according to ballistics evidence, were not charged by the grand jury. Hankinson is the only one of the three officers present during the shooting to be fired so far.