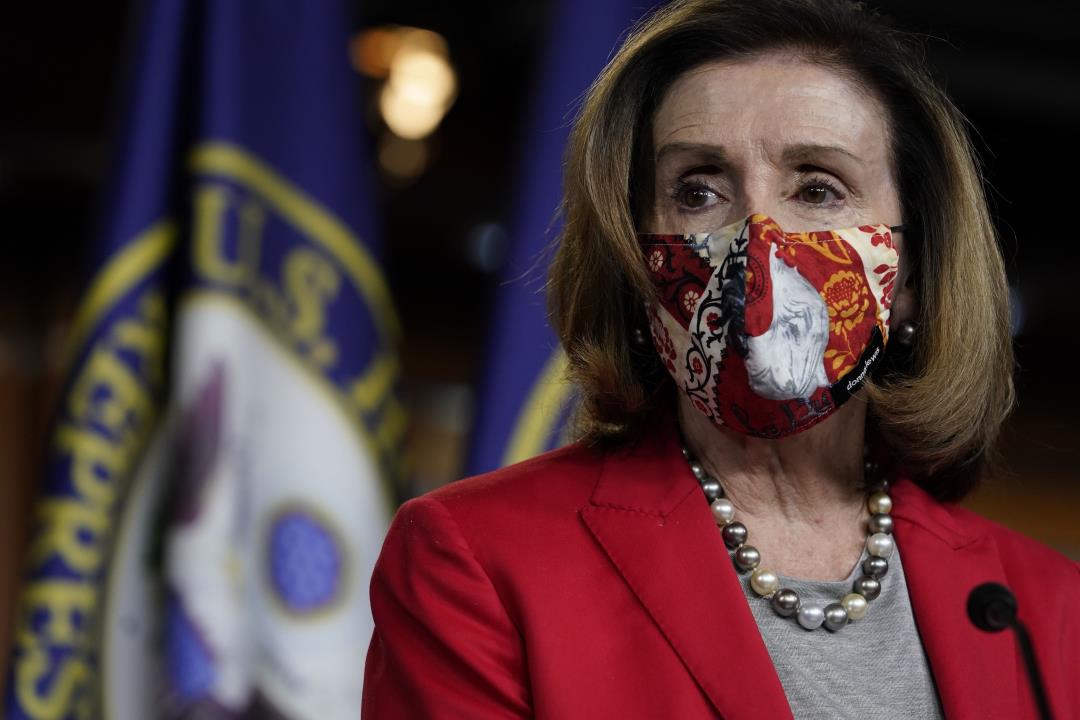 (Newser) – People apparently unhappy with Congress’ ability to pass larger COVID relief payments let Nancy Pelosi know in a way that has police investigating. Vandals spray-painted messages on the garage of Pelosi’s residence in San Francisco, and they left a pig’s head and fake blood, reports KPIX. It was not clear whether Pelosi herself was there at the time. The messages painted on the garage door included “$2K,” “Cancel rent!” and “We want everything,” per ABC7.

The vandalism comes after the Senate opted to keep the current $600 payments in place instead of raising them to $2,000. Pelosi supported the larger payments, and the House had approved them. Police were looking at footage from security cameras in the neighborhood as part of the investigation, notes NBC Bay Area. “Crazy,” one resident tells the outlet. “Even if they don’t like Speaker Pelosi, you’re gonna show up to someone’s house—that’s insane.” (Read more Nancy Pelosi stories.)