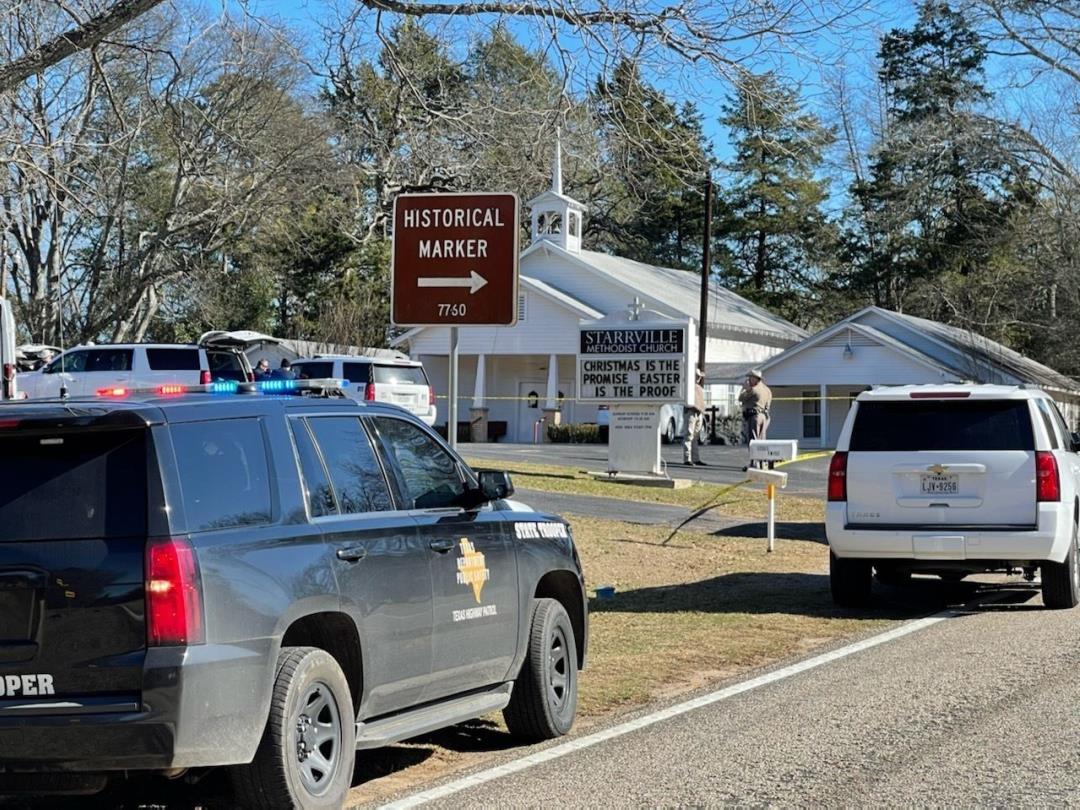 (Newser) – A pastor was killed and two others were injured Sunday in a shooting at an East Texas church, the AP reports. “This is not a church-related, religion-related offense,” Smith County Sheriff Larry Smith said at a news conference. Authorities say the pastor discovered the suspect hiding in a bathroom at the Starrville Methodist Church in Winona on Sunday morning and drew a gun. The suspect grabbed the firearm and began shooting, killing the pastor. Another person was wounded by gunfire and a third was injured in a fall. Neither the victims nor the suspect have been publicly identified.

Authorities had been searching for the suspect Saturday night following a car chase in which the suspect had a shotgun pointed out the window of a vehicle, CBS19 reports. After a tire blowout, the suspect fled on foot, eventually hiding out at the church. Following the fatal altercation at the church, the suspect stole the pastor’s vehicle and fled. He was later arrested in nearby Harrison County. The suspect was reportedly hospitalized with gunshot wounds to his hand. It is unclear when he was injured. “This is a capital murder investigation,” Smith said, per KLTV. “Our hearts are with the victims and the families of those killed or injured in this terrible tragedy,” Texas Gov. Greg Abbott said, according to the Tyler Morning Telegraph. (Read more church shootings stories.)